Back in Denver. We didn’t get too plastered last night despite the quadruple JD’s that the barman was pouring down my neck, so got a reasonable start this morning. We had to dig Joe’s car out from under the 14 inches of snow or so that fell last night, but still managed to stop off at Wolf Creek for some serious powder action which resulted in the inevitable 3 or 4 head plants and buried skis which always make for a great day on the slopes. We road tripped back from there, it took about 5 hours but we had some fairly crap weather to contend with in places. Just off for a quiet dinner and pint, we head out early tomorrow for Copper Mountain with a few people.

In Joe’s house in Pagosa Springs. 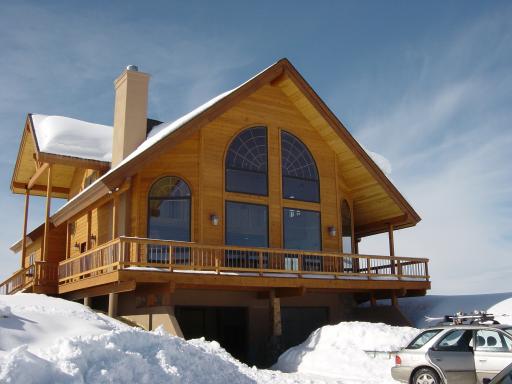 We’ve had some marvellous conditions skiing in the nearby Wolf Creek, and a somewhat special night out the other night when we hit some of the local hot spots of the town and ran into some full-on cowboys who insisted on talking to us and buying us loads of beer. Curious to meet people from England they were asking us about the “stupid bitch that lives there” to which we eventually worked out they were talking about the Queen…

We also took a dip in the natural hot springs, a really nice complex made up of about 22 baths varying from temperatures of around 89F to 108F. In the 108F bath, known as the “Lobster Pot”, we met a guy who gave us a tip of of some reasonably cheap accommodation in Telluride, a really popular ski resort about 4 hours from here by road, so we have just spent 2 nights down there. A great place with some very seriously hard terrain, and cool bars for afterwards. 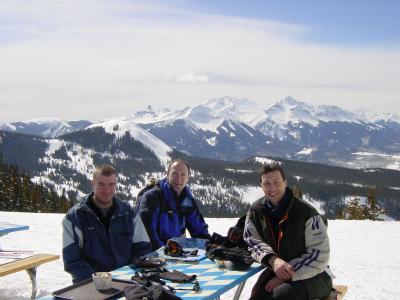 Tonight we’re off to sample the highlife of a Friday night in Pagosa, we’re just praying we don’t run into our new friends the cowboys, but there’s every chance we will!Tomorrow we head back to Denver.

Hit the mountains on Friday, we decided to take advantage of the 4 inches of snow that got dumped at Copper Mountain which was very pleasant, nice and warm too! 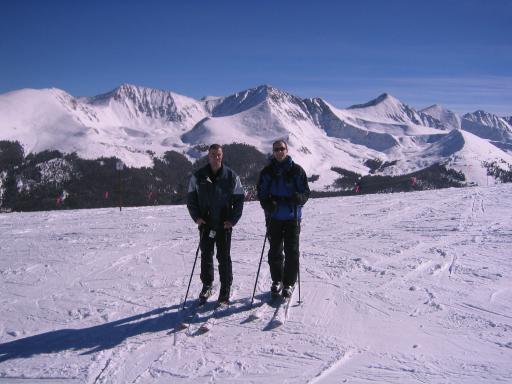 The best news is that we did about 7 runs in an afternoon and neither of us managed to break any bones, or anything. After this we naturally hit the bar… 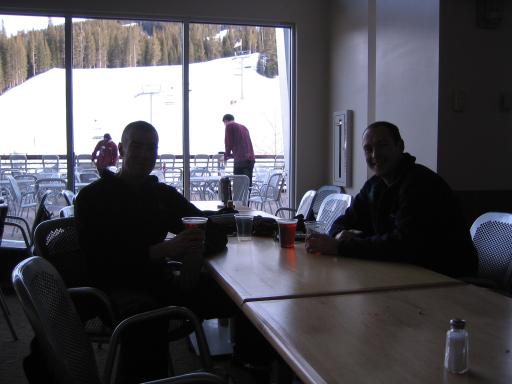 Heading of to a mate Joe’s house in a place called Pagosa Springs in South Colorado in a little while. It’s a place with natural hot springs so we’ll be able to take a dip after a hard day on the slopes. We’re there for the week, skiing various resorts which we’ve never done before.

Well, we arrived. Everything was going fine until we arrived at Denver Immigration, where we were repeatedly welcomed to the USA whilst queueing for nearly 2 hours to get through. It was hot and stuffy and too much for one lady who collapsed in the queue much to the bewilderment of the bloke from the Fire Department that the airport thoughtfully sent to her aid. But they tended her well, as soon as she was well enough to partially sit up they made her crawl along the floor to keep up with the end of the queue to prevent holding everyone else up. As I said, “Welcome to the USA”….

I almost didn’t make it in to the country at all, as the retarded immigration official which served me seemed incapable of realising that the 18th Feb to 16th May is actually less than the permitted maximum stay of 90 days, and was only satisified after I had to give my word of honour that this is in fact 89 days. This combined with me not having a job really threw the simpleton, but after showing a bank statement and having to convert it to USD for him he seemed to be happy enough. He sent me on my way with a closing line “You be careful out there, people are after you….”.

Well, these last few days have been (possibly) the worst of my life. Trying to pack for a 7 month multi-season trip and also put all my other possessions into storage (all 67 boxes of them!) have taken their toll… BUT I’m ready now. Just need to burn some tunes onto CD and wait for Steve to arrive before hitting the badly needed pub.

So, the time had come to abandon what’s left of the job, and what better way to blow your redundancy money than swan around the world for a while?

I’m heading out with an old mate, Steve, to the States for 3 months on the 18th Feb, we’ll be skiing and then making road trips mostly out West. The last time we were in the States together, this happened: 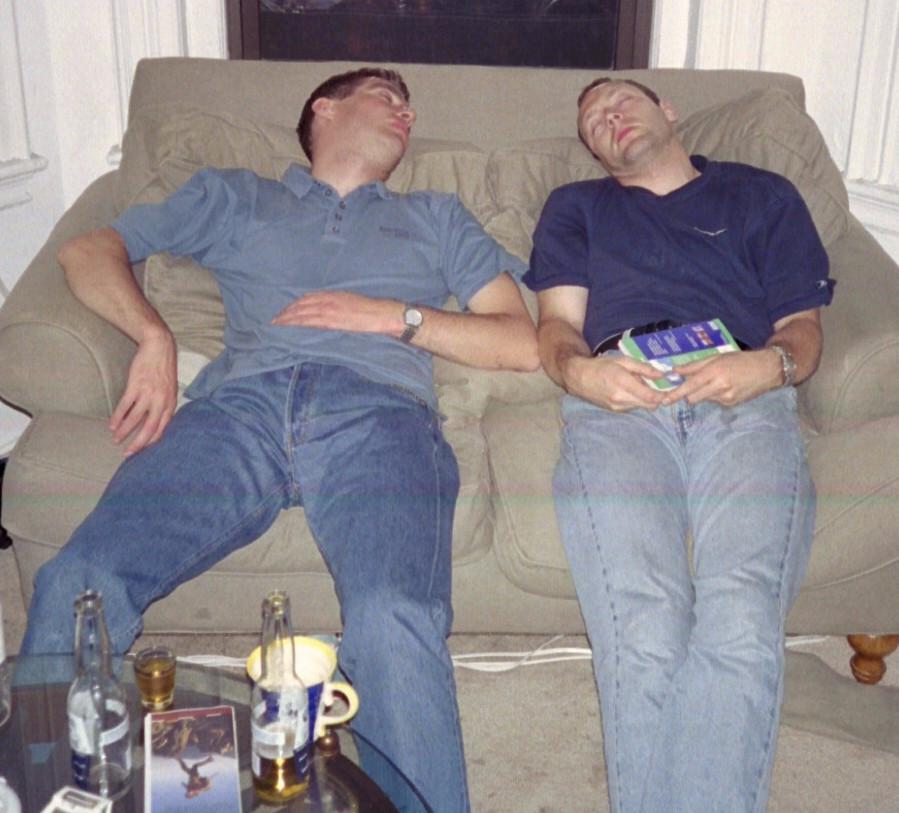 So, things are looking pretty bleak, to be fair! After that, Steve comes home, I’m sure he’ll be sick of me by then anyway, then I go on to South America, New Zealand, Australia and SE Asia.