Big mess last night – ended up in the notorious Wool Shed of Cairns where there are more people dancing on the tables than there are on the floor, God knows when (or how) I got home, but the next thing I know is the phone ringing at 10:30 with an irate receptionist on the other end, as I should have been out of there at 10:00. Anyway, the diving was great, we went out on a rather crowded but very fast catamaran to the reef from which we did two dives en route, then on to the much more laid back liveaboard vessel for the rest. Altogether I did 7 dives in the 2 days, one of which was a rather eerie night dive for which they basically shove a big torch into your hand and wish you good luck. There’s lots of sharks about at night and their eyes glow a very bright green colour in the torch light which also attracts them, so you get to be very up close and personal with them. I’ve got some pretty decent photos of the sharks in the daytime, and moray eels and turtles and various other weird things.

It’s a pleasant 27 degrees here at the moment and bright sunshine, off to Darwin in a while where it’s 30 and brighter sunshine. It looks as though it’s not bad in London at the moment either, but I still win 🙂

Let’s see if this piece of crap will let me get some photos up, here’s the arse end of a turtle:

and here’s some other big thing, he’s about 3 feet long. 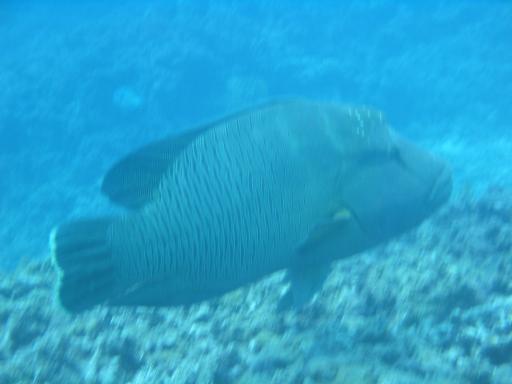 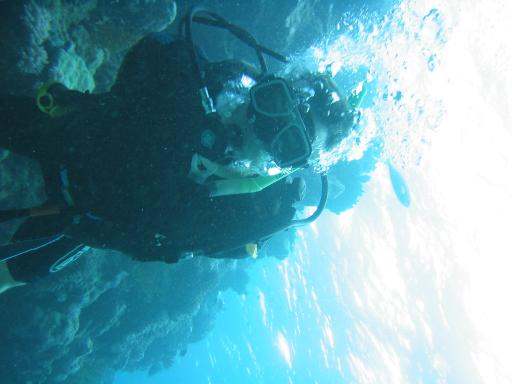 Going back in time this is part of the Foz do Iguacu in Brazil/Argentina:

here was dinner that I caught for us on the Amazon:

and we also caught this little guy, but we didn’t eat him. 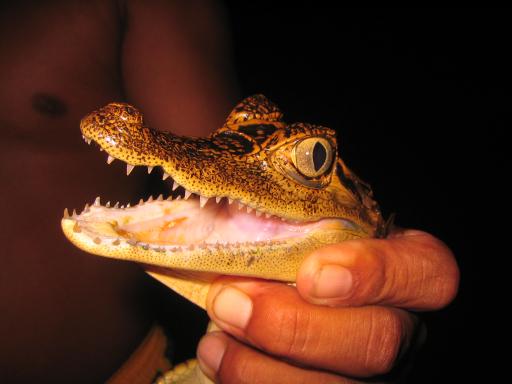 This is taking forever so will have to stop for now.