I love simple beach hut living. 300 baht a night gets you one of these 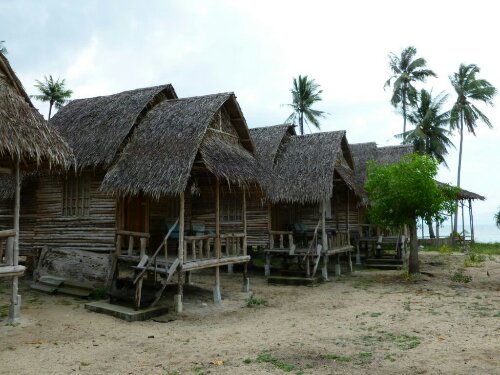 The walls are made of reeds with an entire ecosystem living in them, and the toilet cistern is made from a converted flowerpot 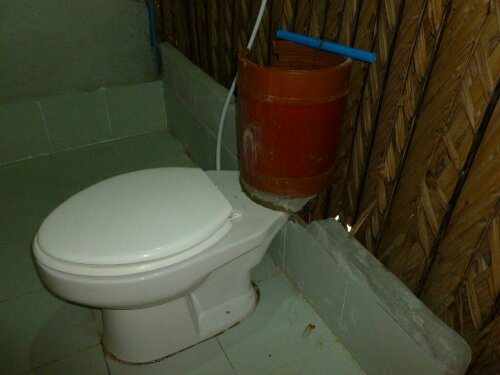 The mattress is lovely and comfy, and the door has a lock, but really I don’t know why, as if you don’t want to push your fist through the wall, you can simply reach in through a window – there is no glass in them 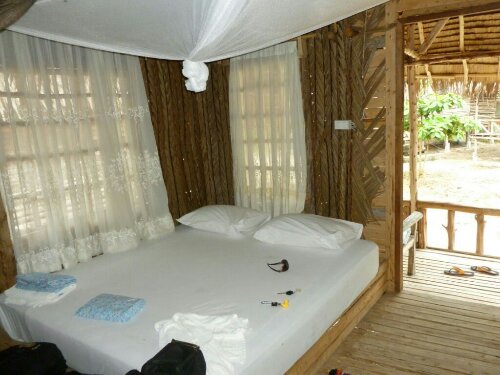 Koh Phangan is much bigger than Ko Tao so I decided to stay somewhat centrally in Ao Baan Tai, a little to the south of the main port and town, Thongsala. Haad Rin, the sight of the infamous “full moon” parties, is easily reached in 15 minutes or so by motorbike. It’s a nice beach alright, a little later this evening I might have a spin down there to see what happens in the evenings, despite the fact it’s not full moon for another week or so yet.

Today I’ve been up the west of the island to the north, also easily reached by bike, to do some snorkeling off Koh Ma, a small island reached by sandbar, followed by some more at Haad Khom 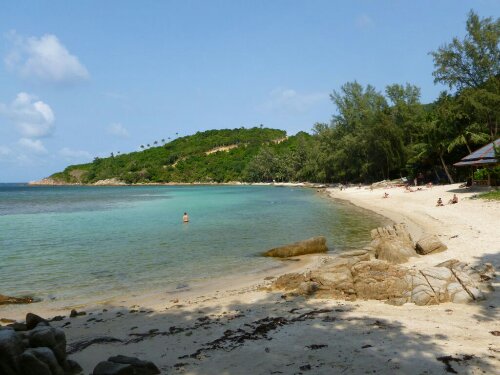 It’s a nice island actually and fun to spend some time, certainly a hell of a lot better than Koh Samui which is just over the water from here. Samui has an airport so tends to attract the suitcase brigade somewhat, bringing with it inflated prices and cheese. That said, there is some here too. Just along from where I am staying are a string of girlie bars, and there’s this “English” pub which is hilarious, it’s obviously been custom built to look as much as possible like a typical country pub you’d find in the south east of England, complete with a turfed beer garden 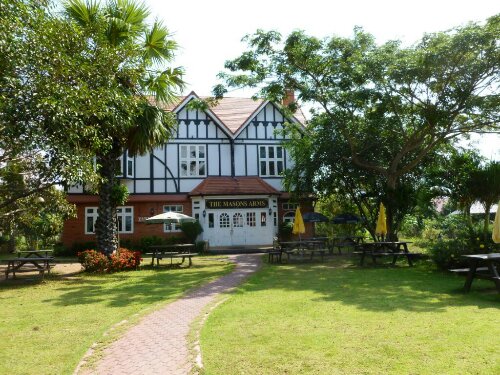 Tomorrow I’ll be off back to Tao for a couple more nights, so all that’s left to do here really is try and find some dinner that will top last night’s rather fine potato gratin from a French restaurant. It’s amazing how you crave things such as potato when you’re out here. Sometimes I wake up in a cold sweat, dreaming about Frosties…