The works looks to be going well so far, though I’m awaiting a heavy rainstorm before I can be sure!

Here are the four valleys that have been replaced: 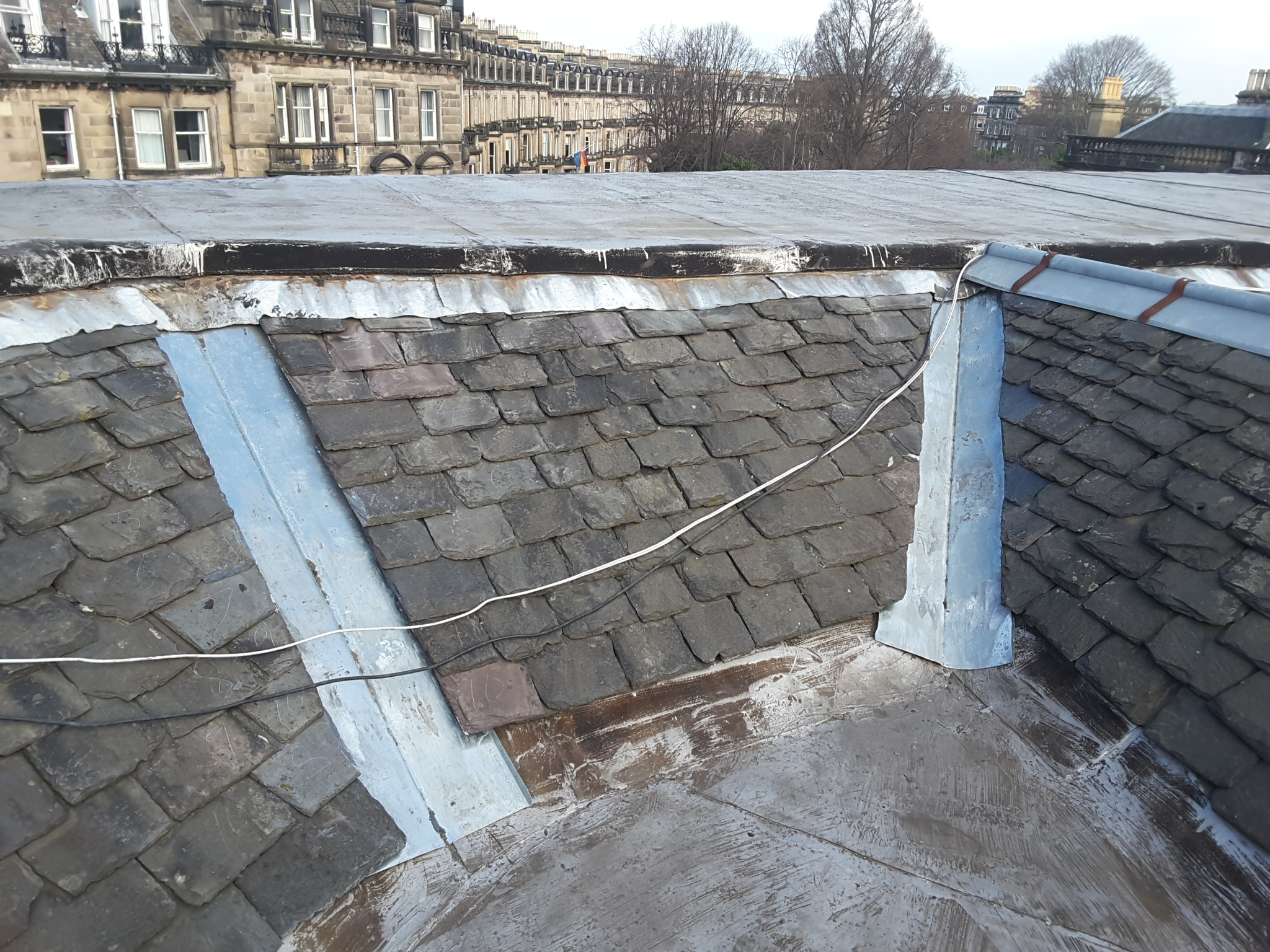 The top of the wall on the bay window tower has been capped with felt: The stone work on the front elevation has been chipped back, ready for re-facing: 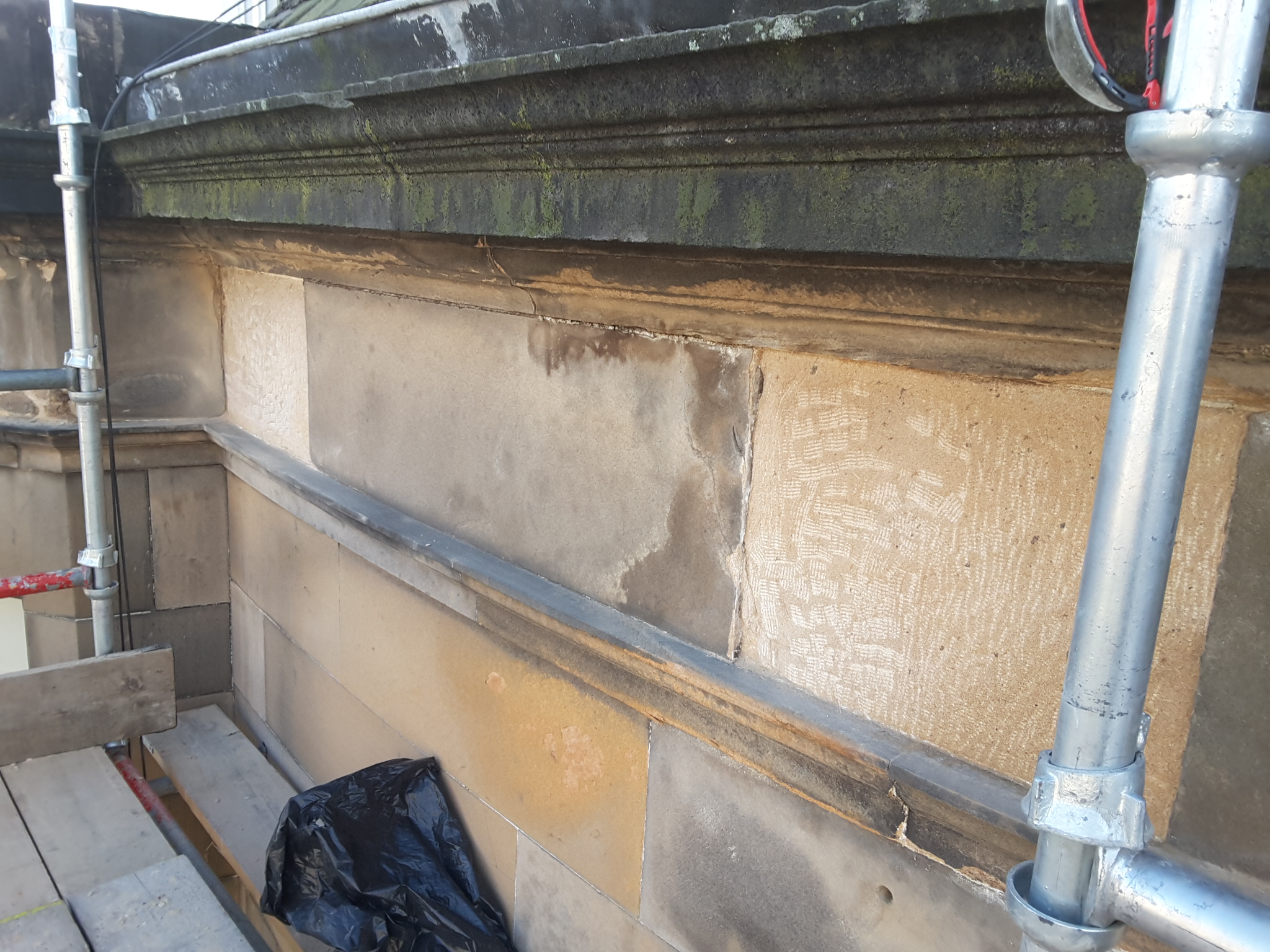 The section on the bay window tower itself is just out of reach, so hasn’t yet been chipped back until the scaffolding is extended out slightly: 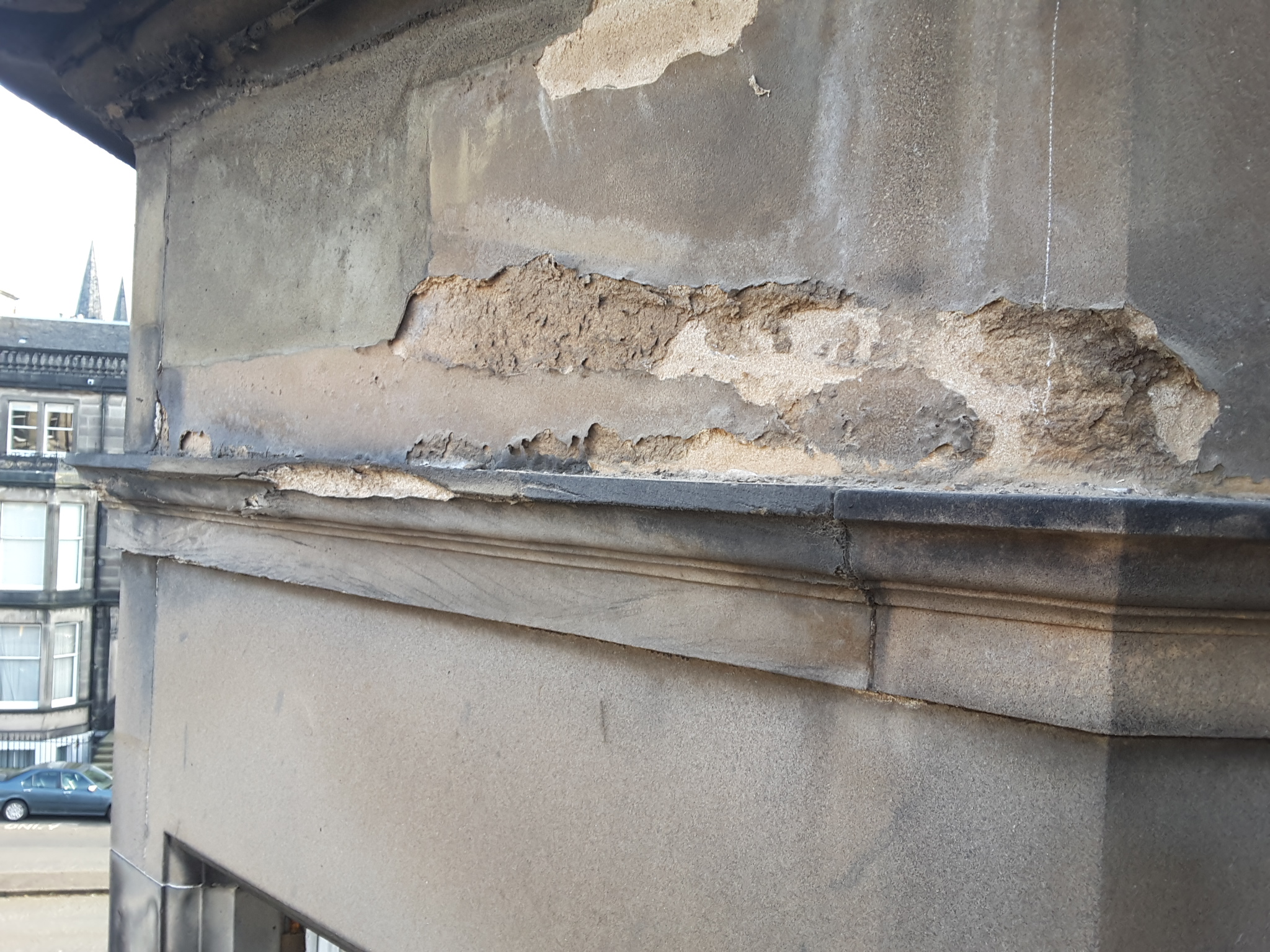 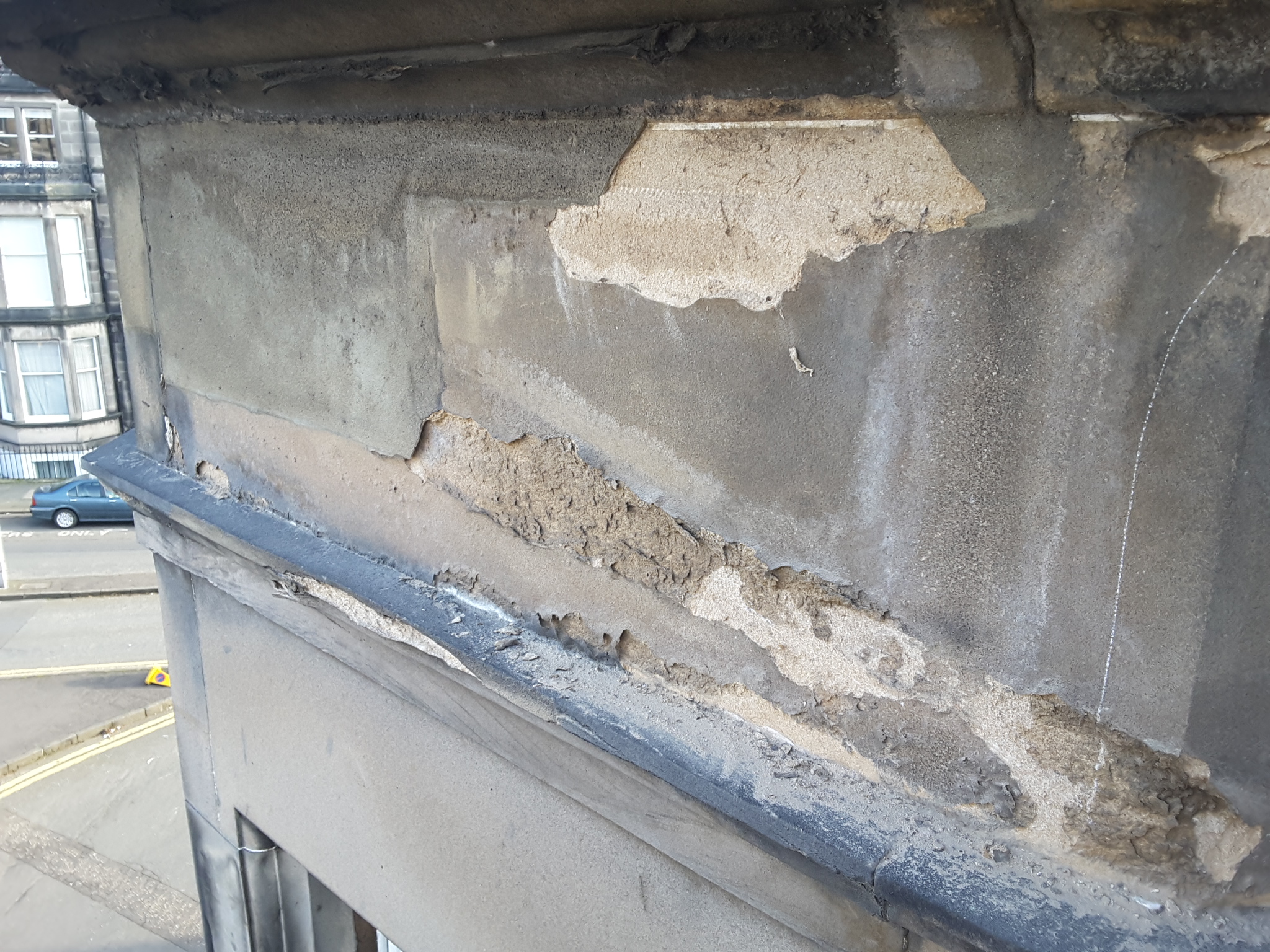 There’s a hole in the lead gutter. This is going to be fixed: 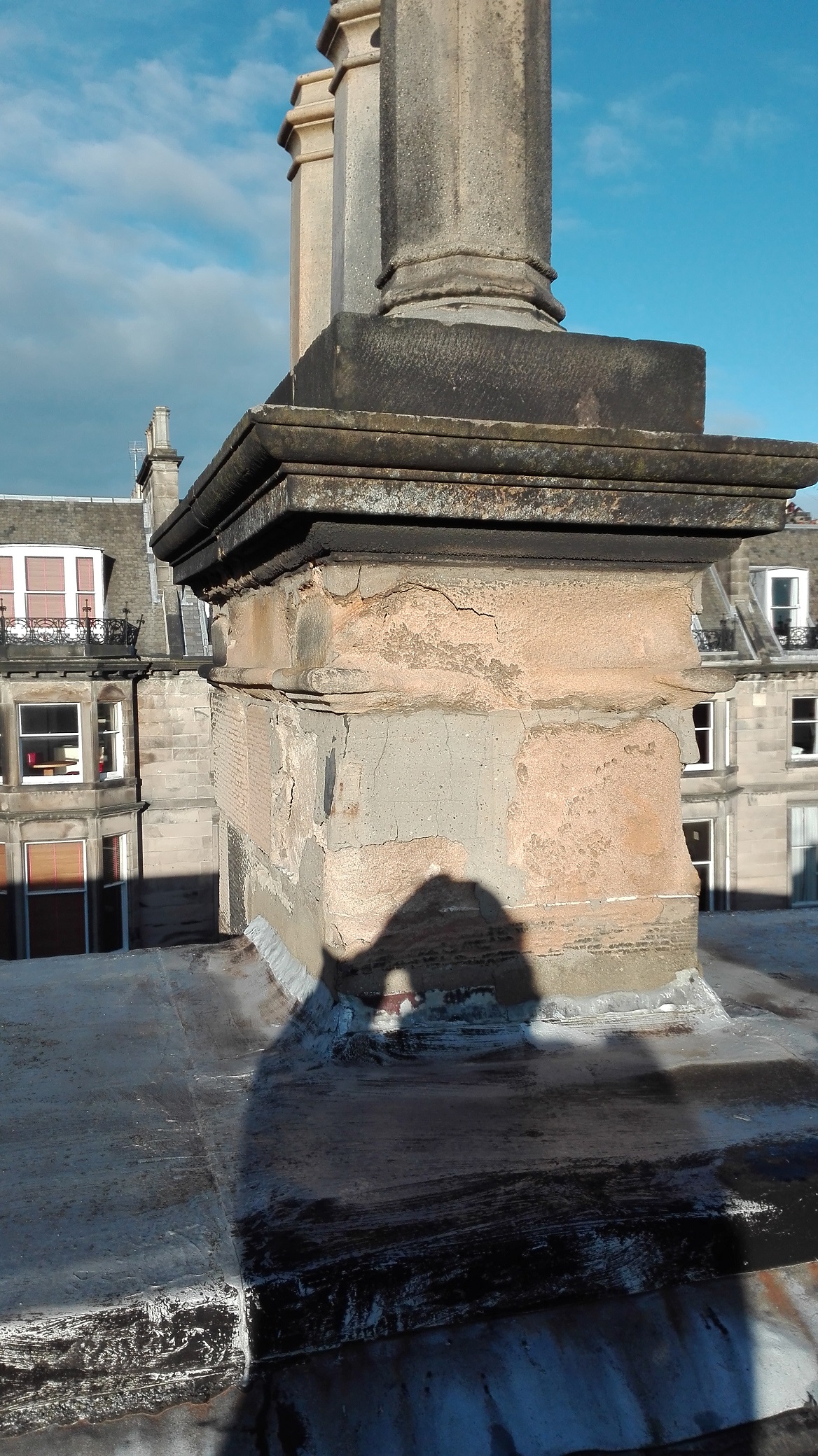 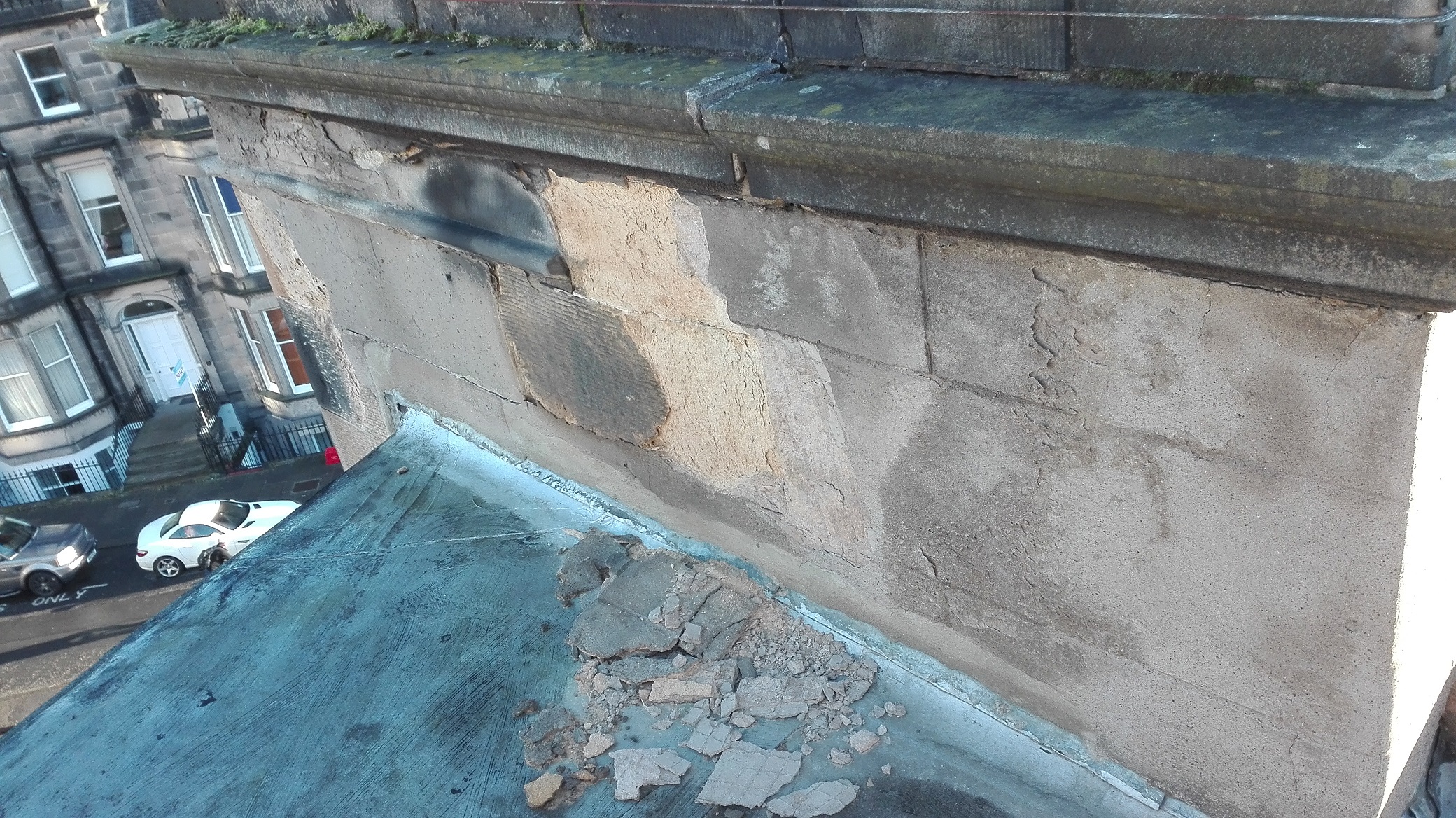 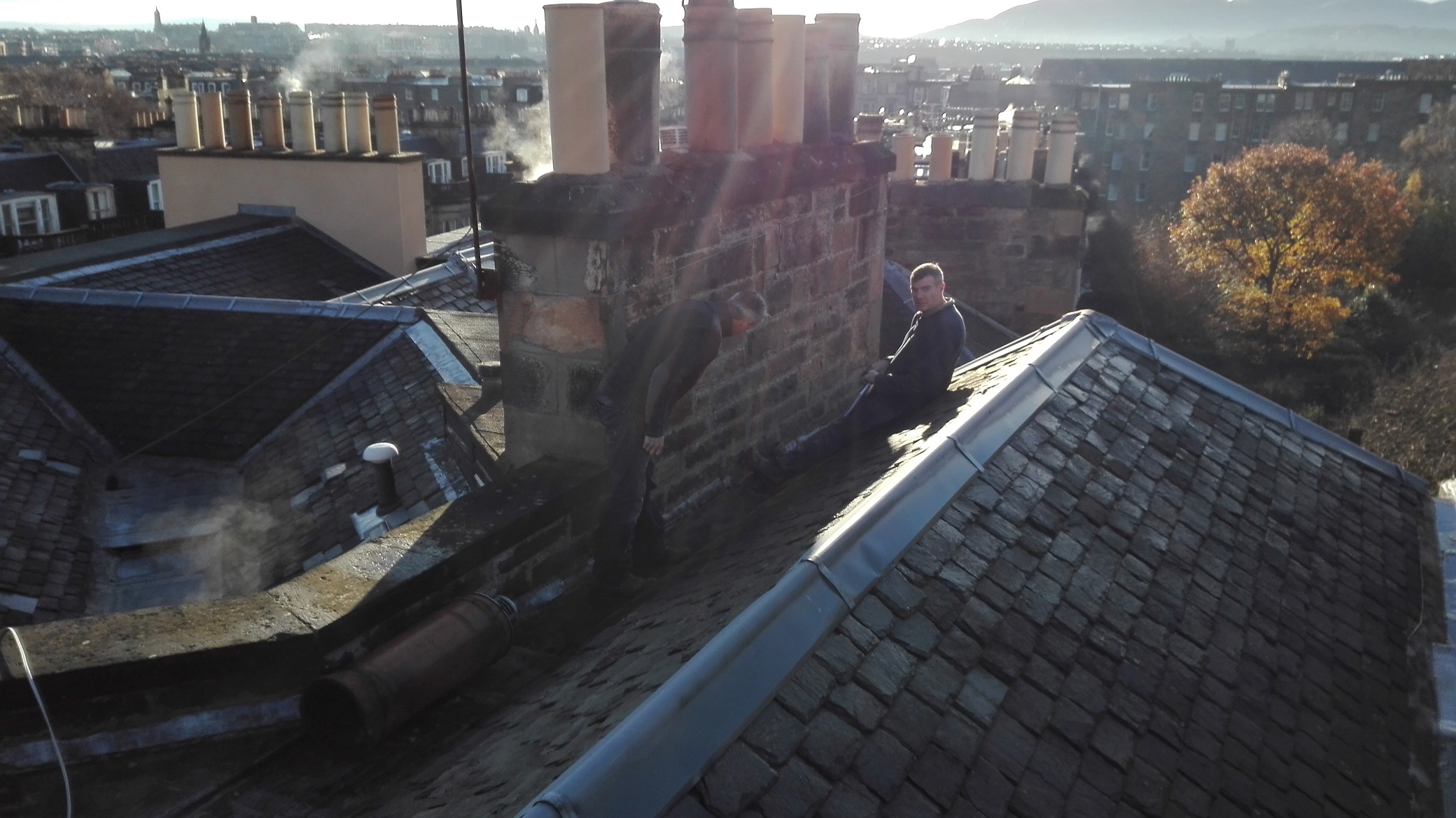 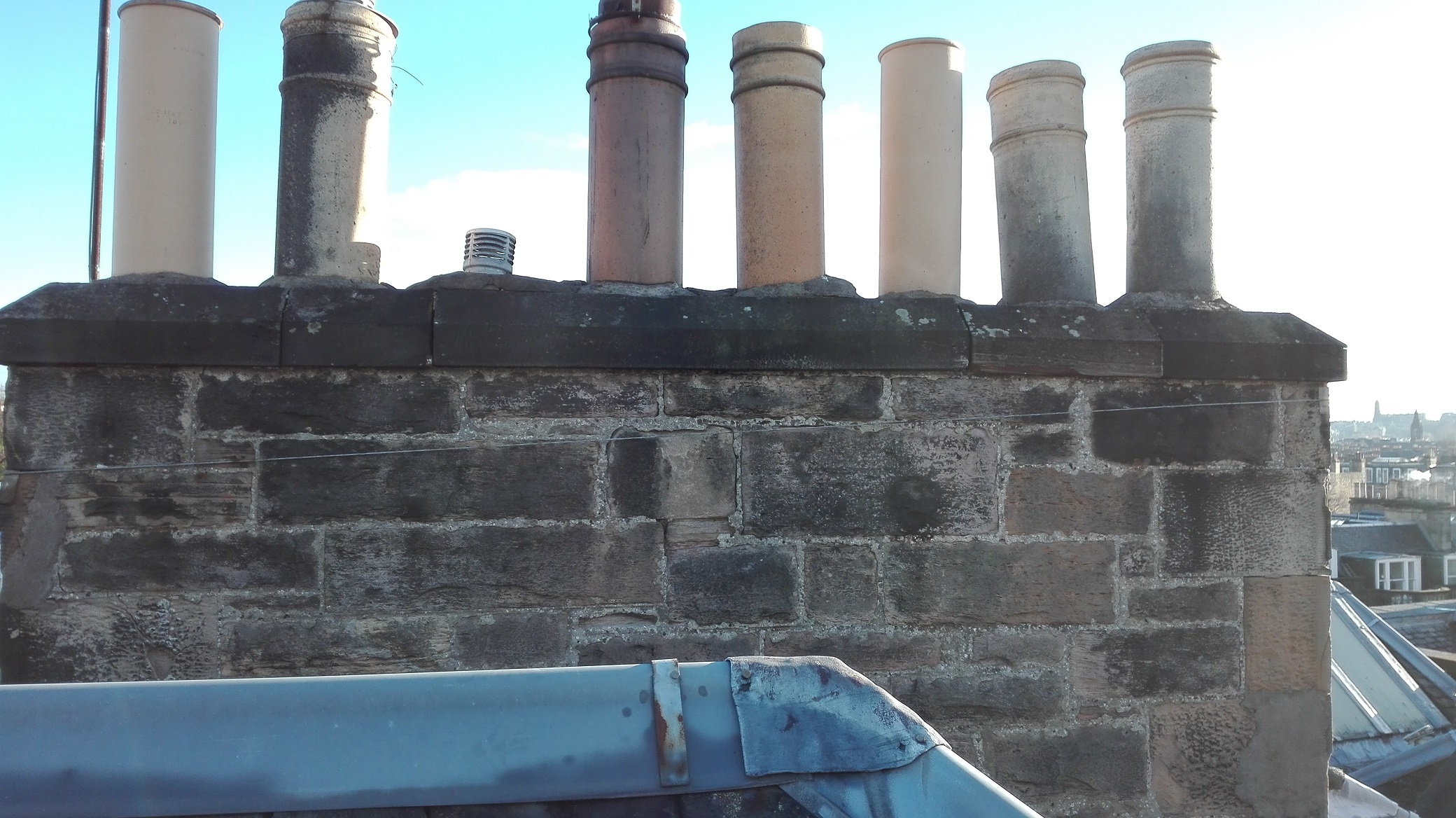 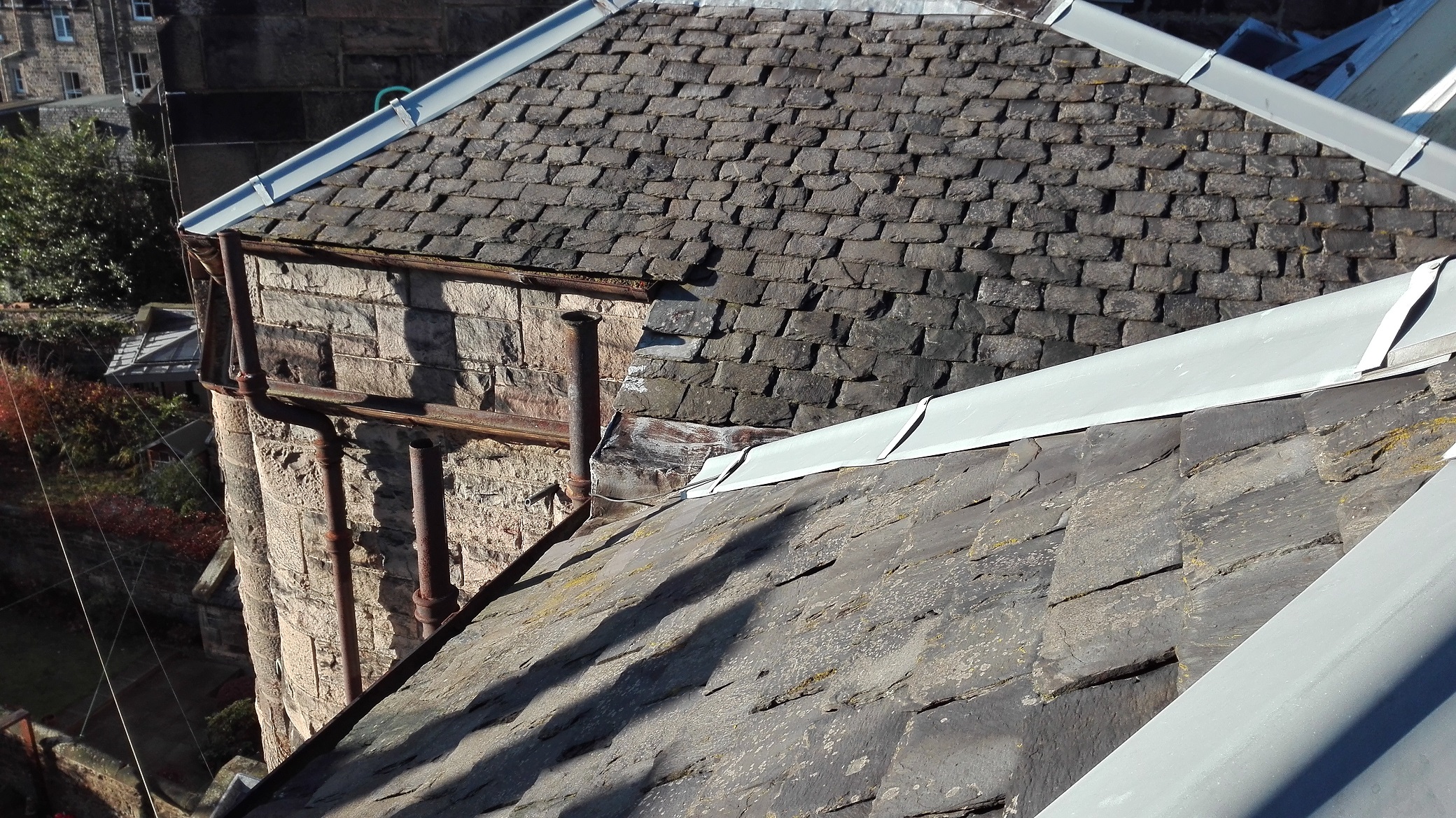 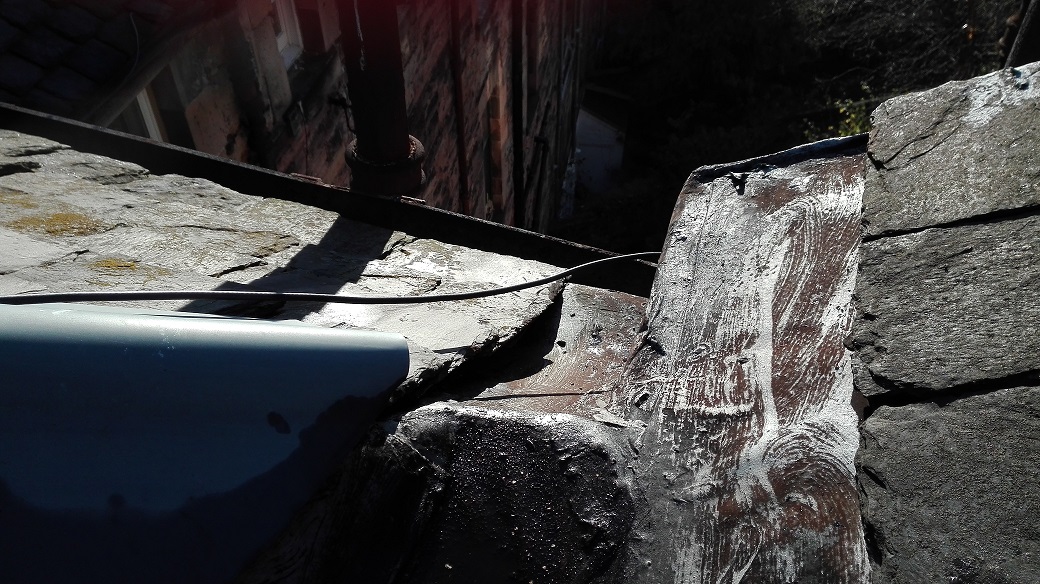