The road to Cahuita was reasonably long, but fairly straightforward. For about 100Km or so we were on the main highway feeding the ports of Moins and Limon, but it’s just a regular two lane road and FULL of very slow trucks. You can quite often get sections that are straight enough to overtake, even though the lines usually tell you that you can’t, but they are duly ignored. The problem is there is so much traffic in both directions that this is easier said than done.

At one point there was a truck in front of us, and ahead of him I could see what I thought was a dead animal in the road. I expected the truck to straddle across it, and I was getting ready to either do the same or swerve around it, as it looked quite big. Instead the truck stopped, and I went past it, only to find it was a live sloth! We’re not sure if he had fallen from a tree or was taking a leisurely stroll across the road to find a new feeding ground. He was so cute, I hope he made it OK.

For quite a while we followed this chap on his bike, who seems to have a small wheel alignment issue – he’s actually (somehow) driving in a straight line here. God forbid he ever needs to use his brakes! 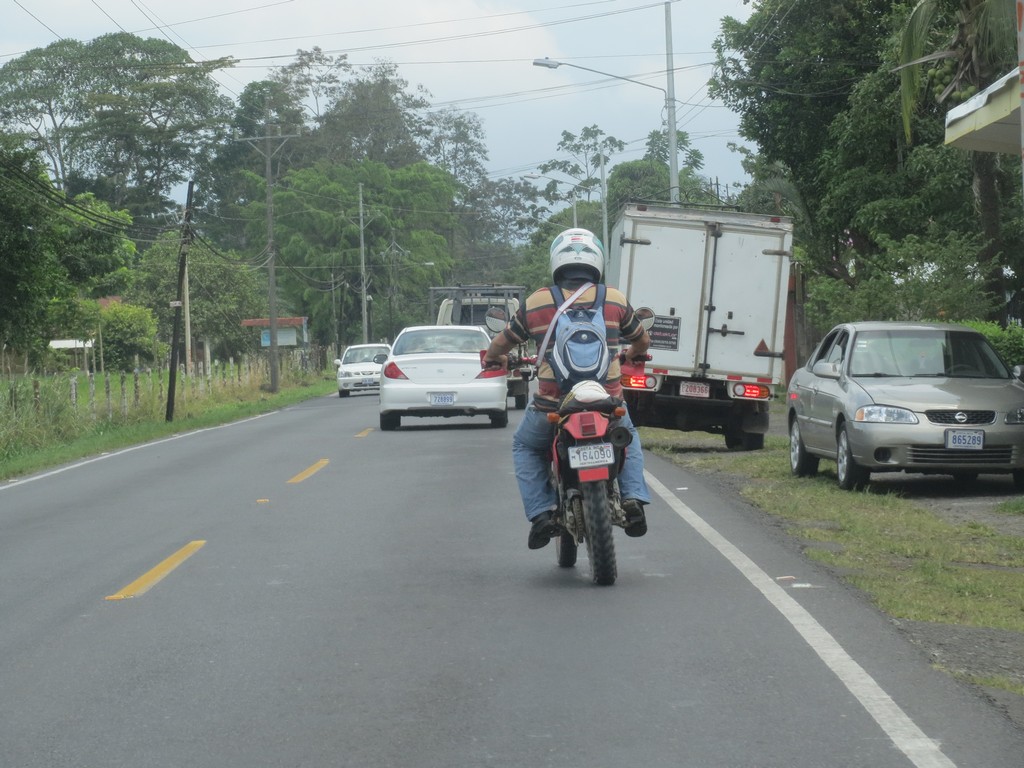 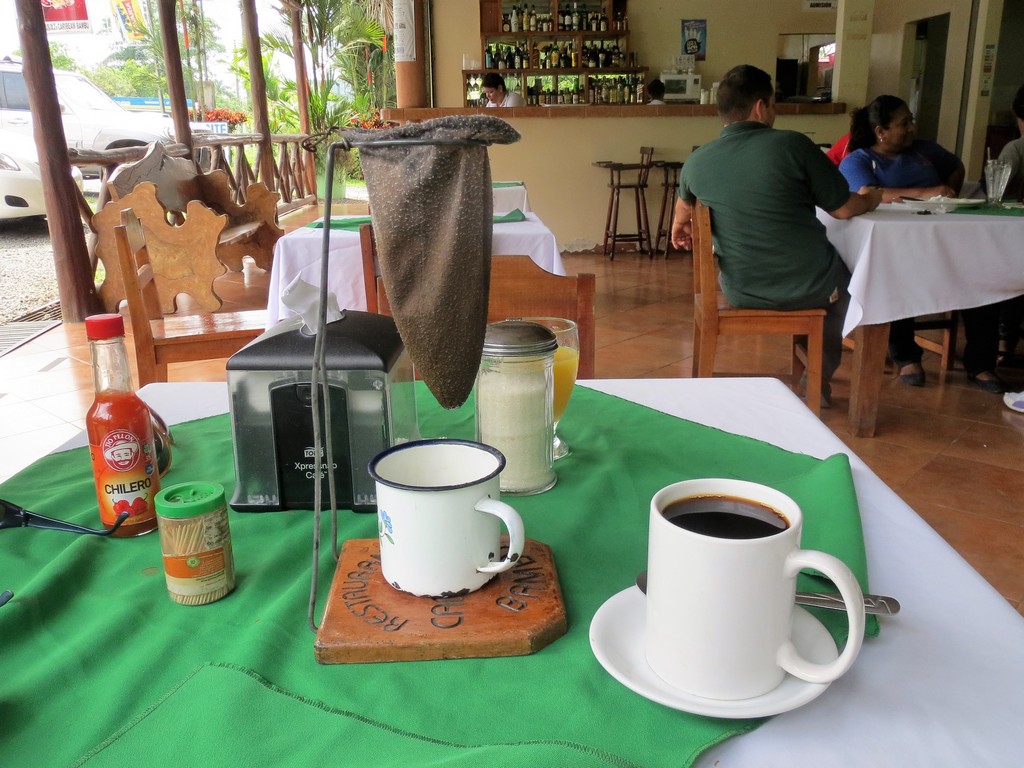 On arrival at Cahuita we found a very pleasant little traveller’s town on the coast, and found a chalet operation, the Alby Lodge, which was deserted and had the place to ourselves 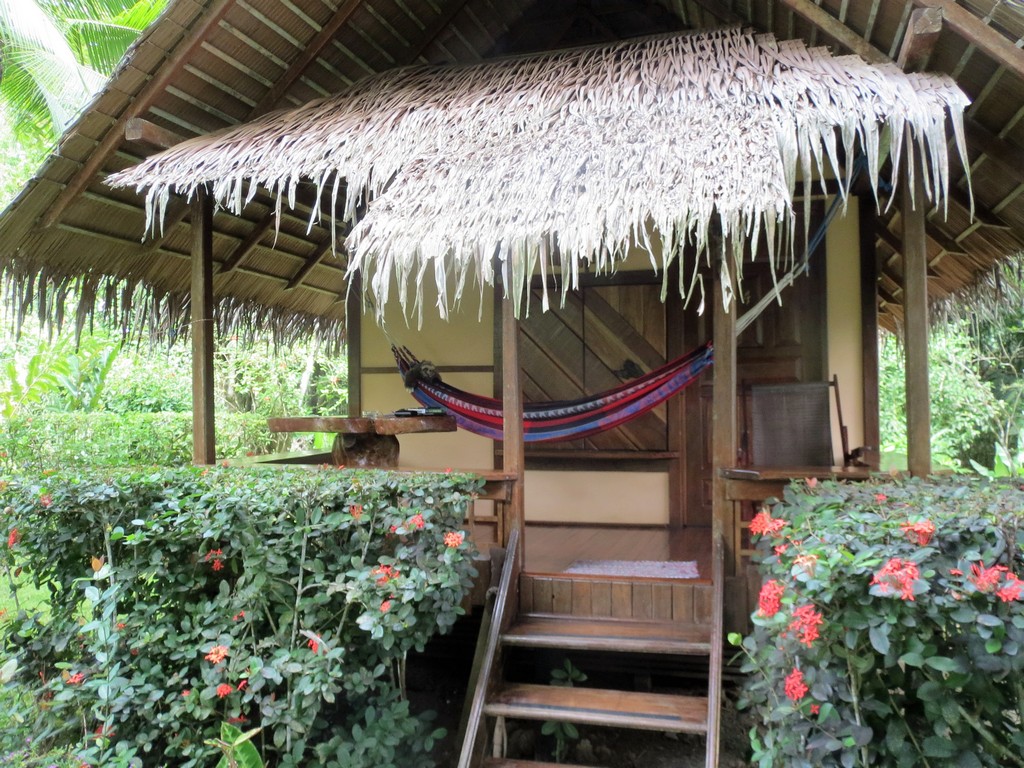 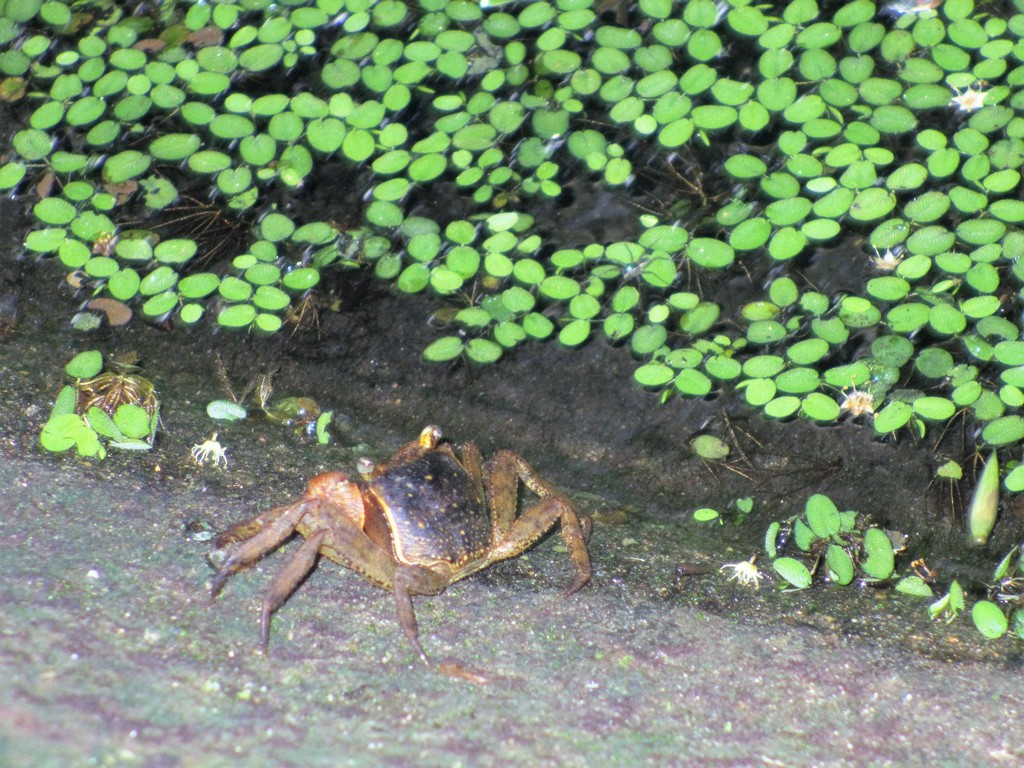 And the caiman that lives in the pond 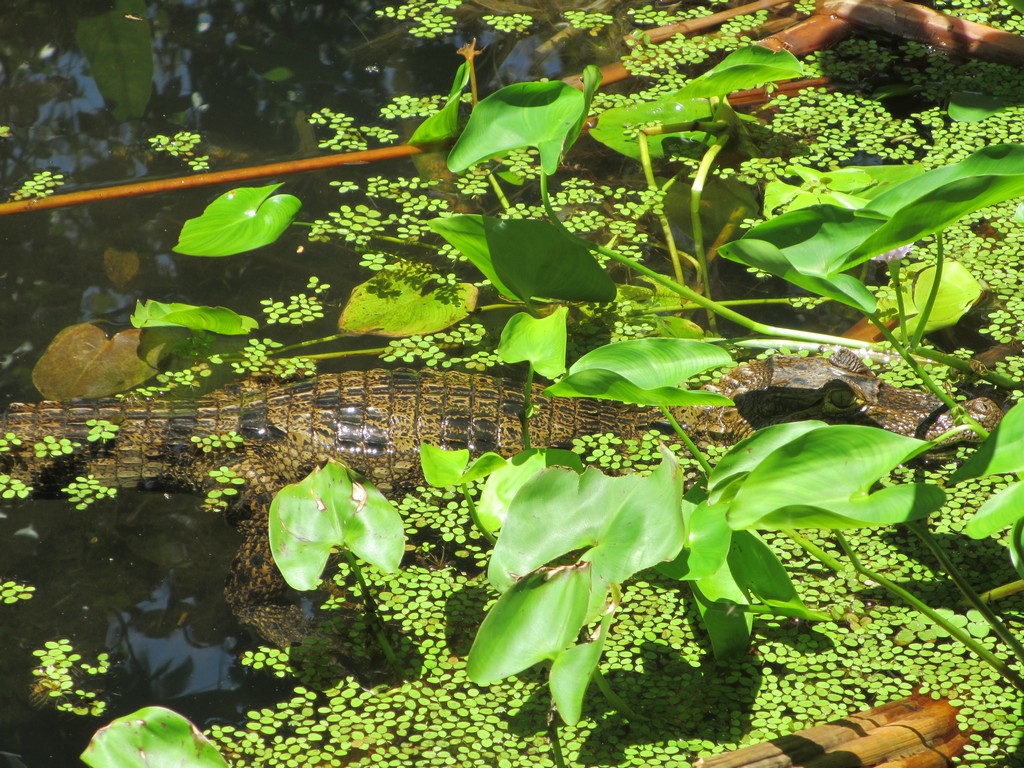 A well earned rest on the porch after a long day 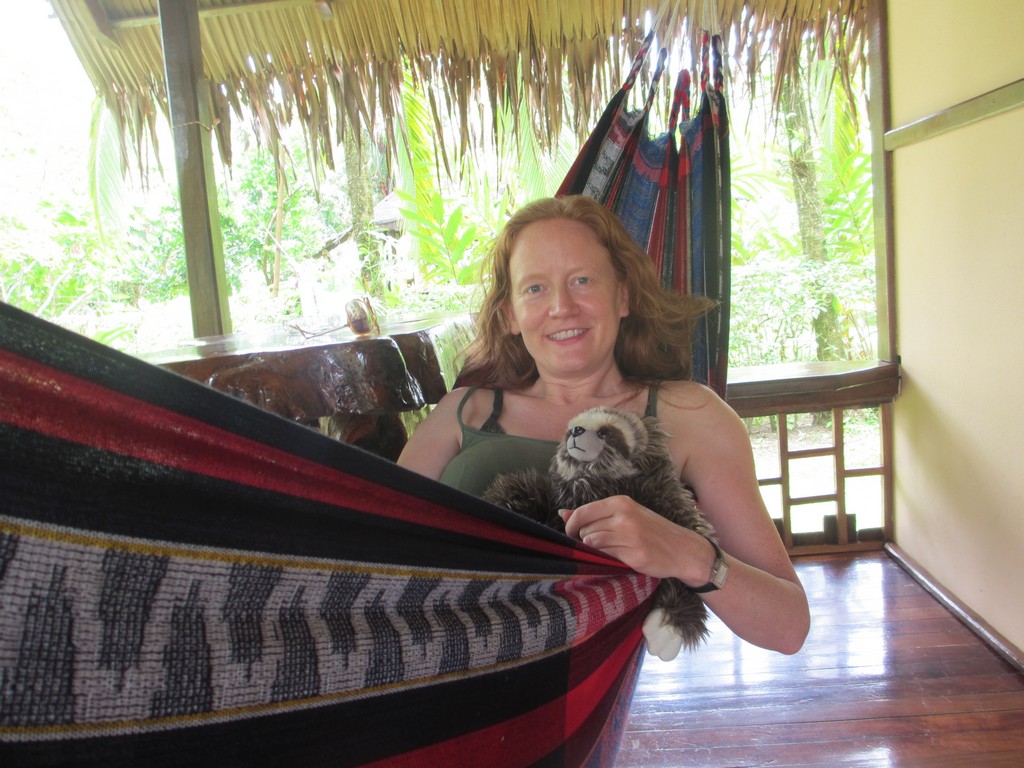 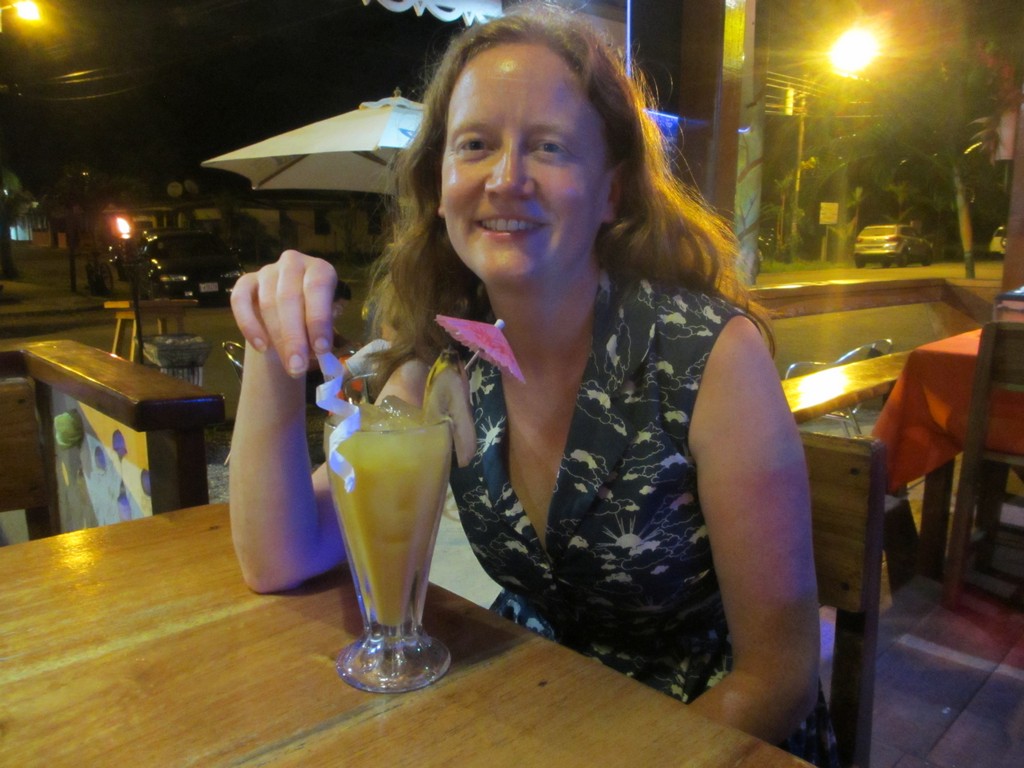 The town has a beach either side of it, Playa Negra to the north, with sand that is really quite black, though perhaps that doesn’t show so well in the pic 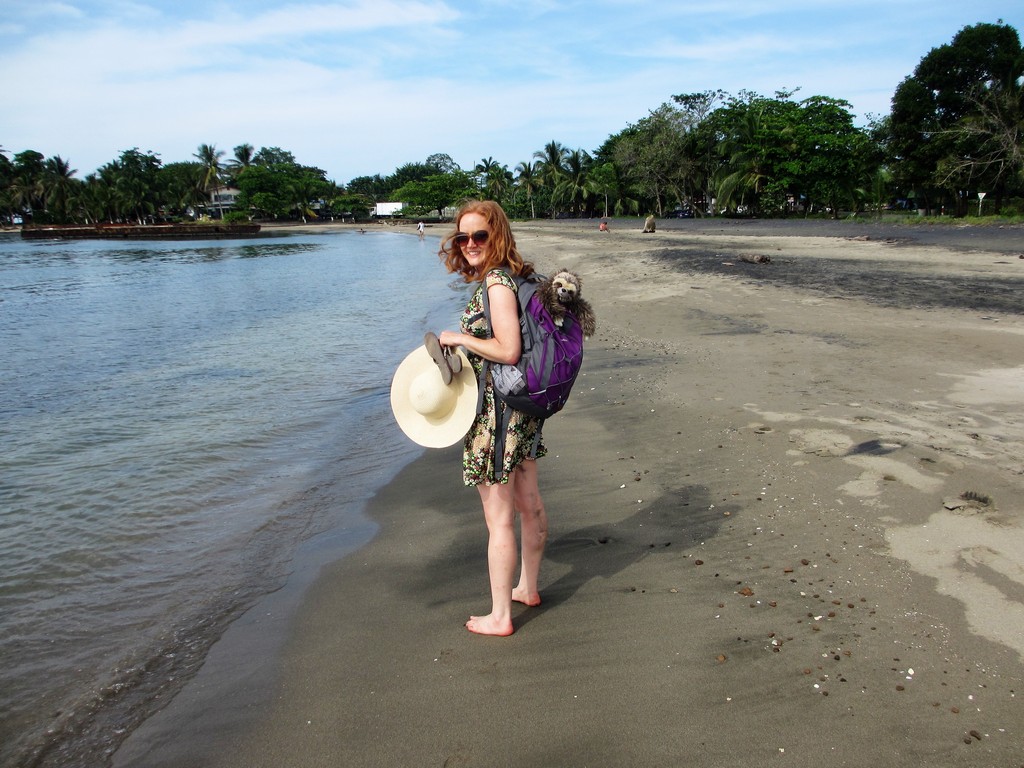 And to the south, Playa Blanca, with beautiful golden sand. Unfortunately we forgot our cameras the time we walked along this properly 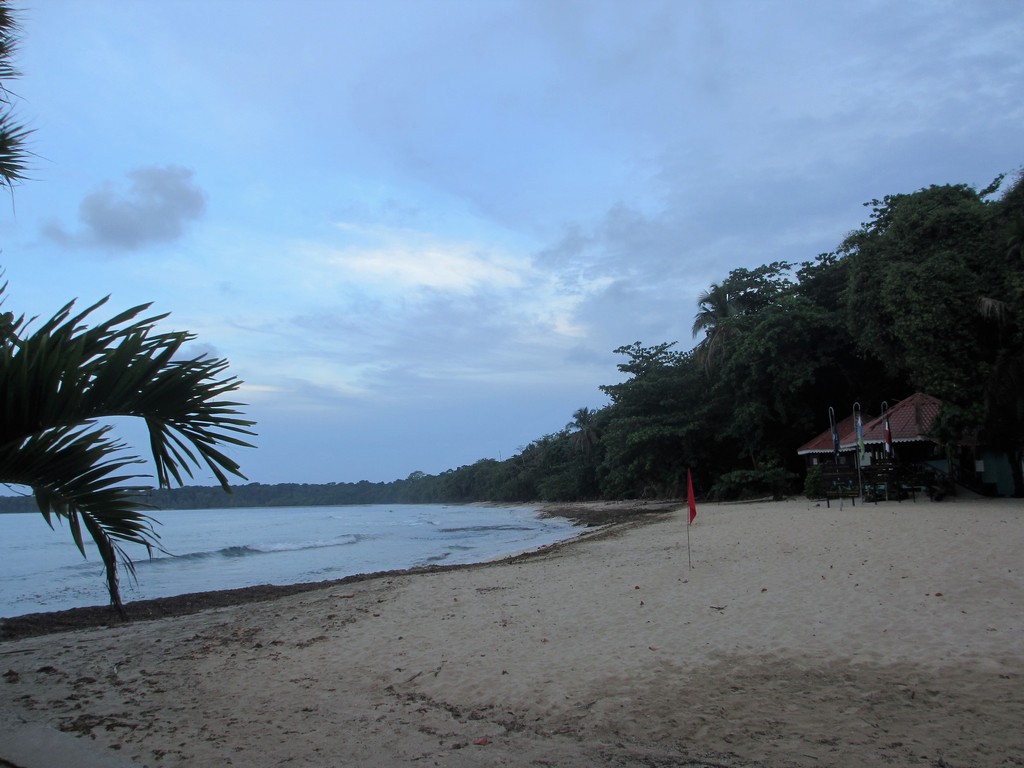 A few kilometres up the road is the sloth sanctuary, not the best presented of places really, I have to say. They could do a lot better with it. Nonetheless, they are CUTE!

This is Mille, a two-fingered sloth with a hangover. Interestingly it’s incorrect to say two “toed” sloth, as they all have three toes on their feet, it’s just their hands that are different. 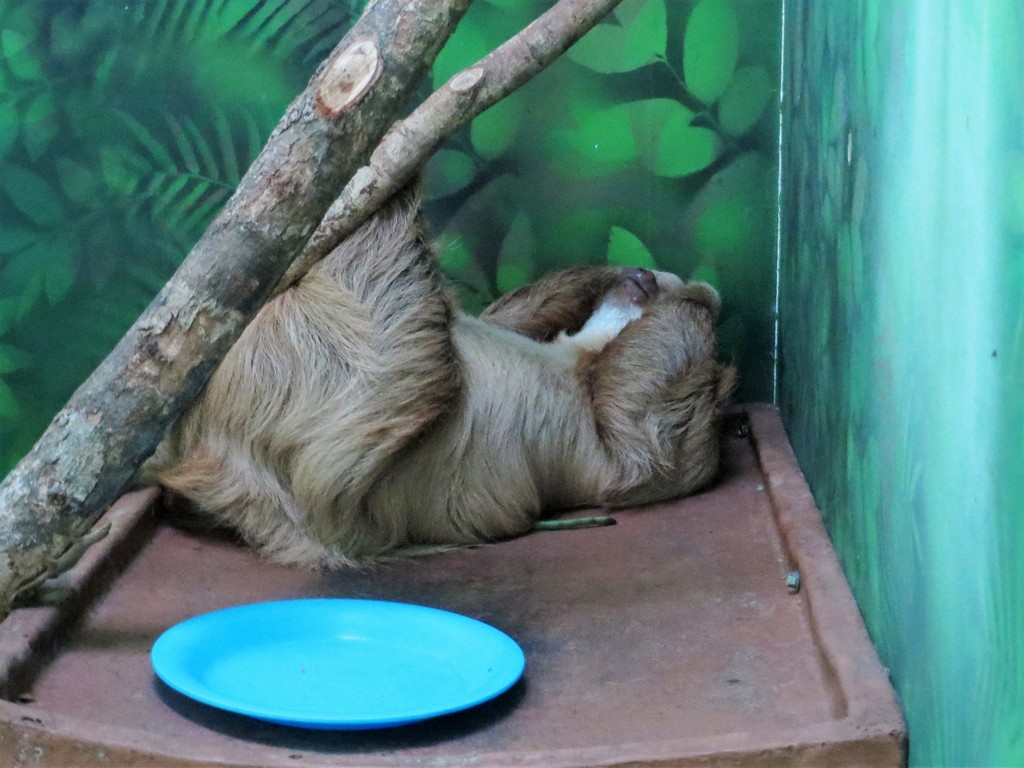 Next are Johnny Depp and Taz, also two-fingered, who live together, which actually doesn’t happen in the wild. In the tree tops, they would mate for 40 seconds, with a 100% pregnancy success rate, then go their separate ways. 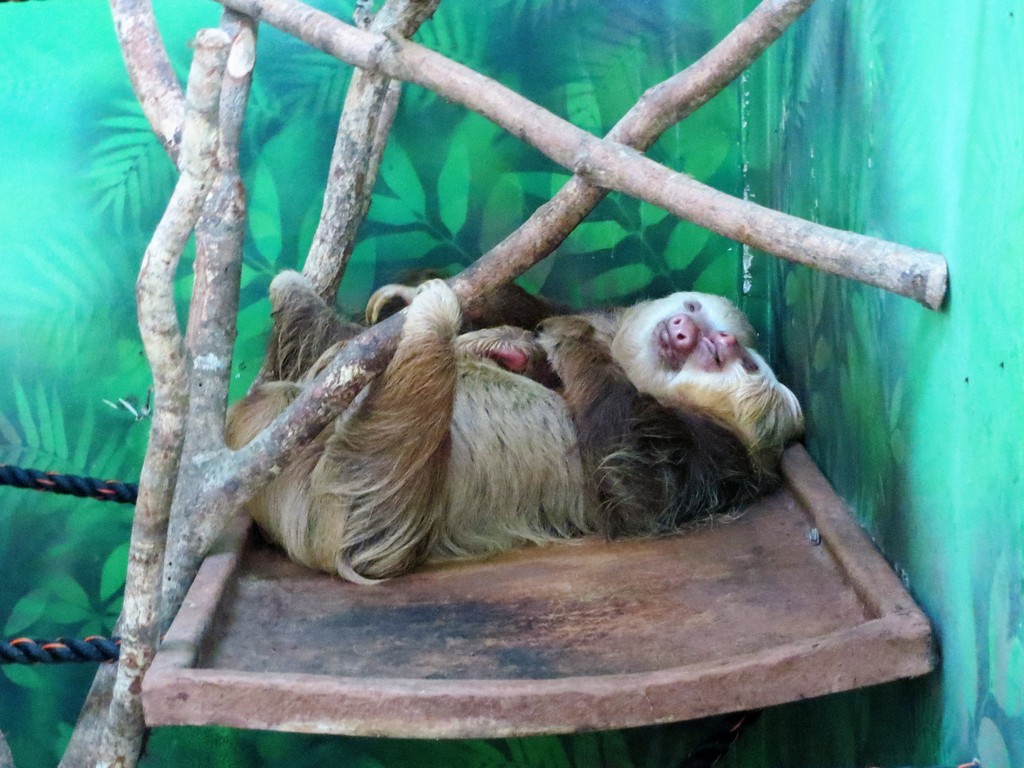 This is Toyota, a three-fingered sloth. They are more active during the daytime than the two-fingered variety who are more nocturnal. That’s not saying a lot though as they barely move. Toyota literally has three fingers, (not six) as he’s only got one arm! He lost one when he grabbed an electrical cable on a pole when moving between trees. This is the number 1 cause of sloth deaths and it’s very unusual to see one survive it at all 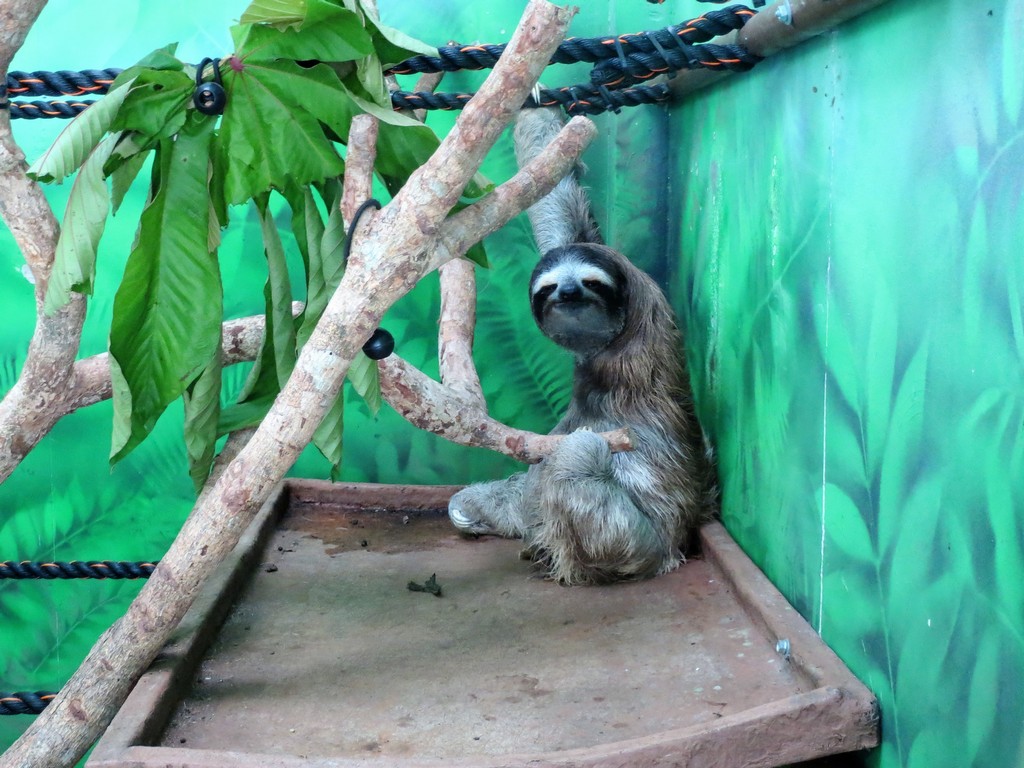 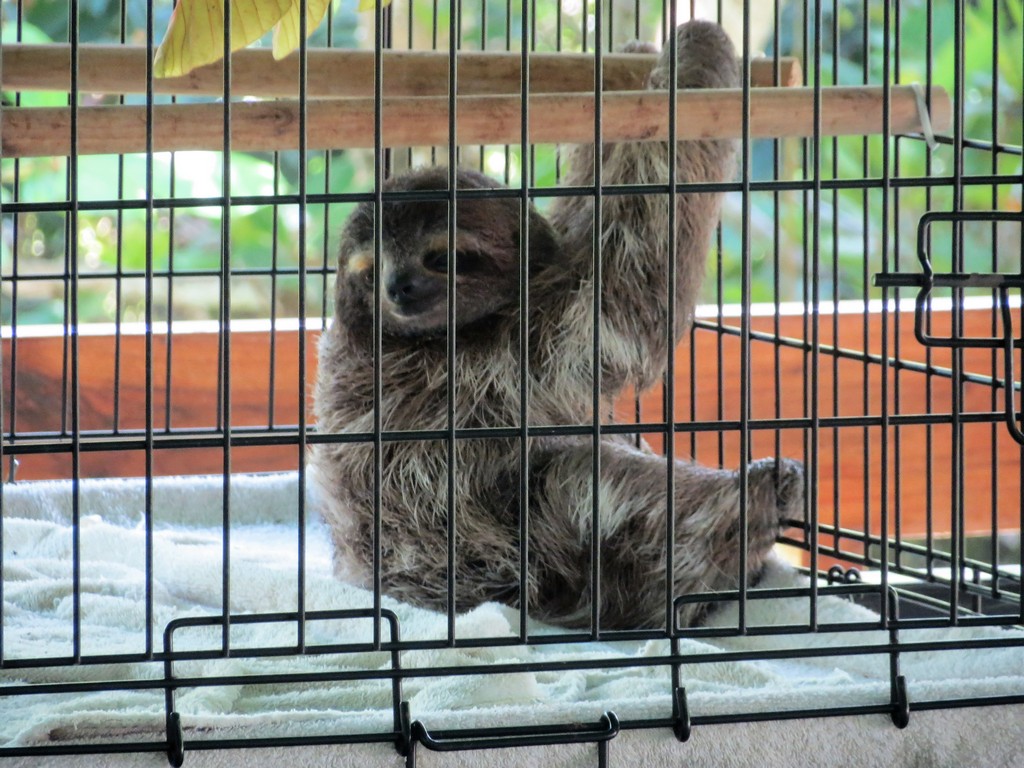 Finally this is Buttercup 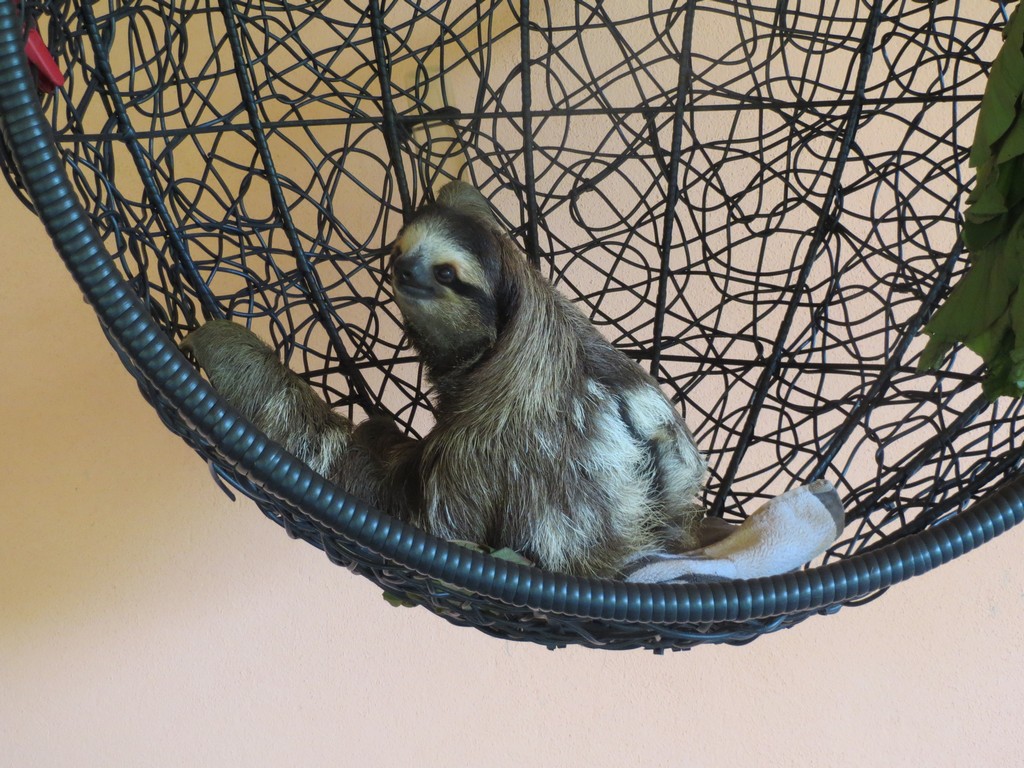 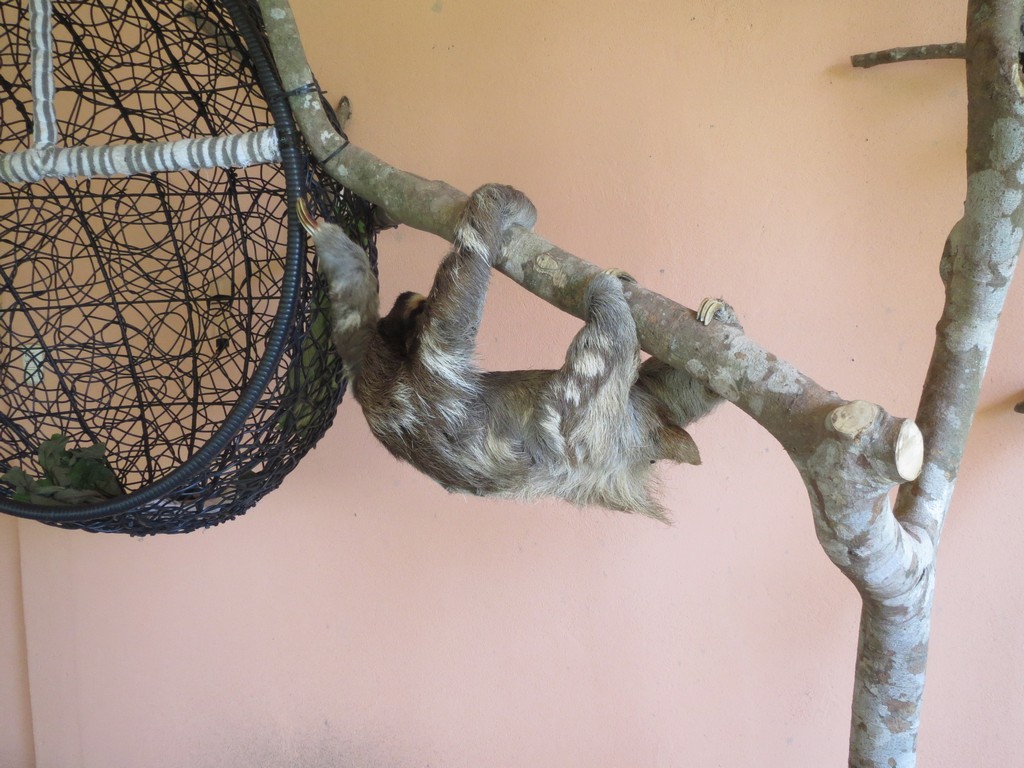 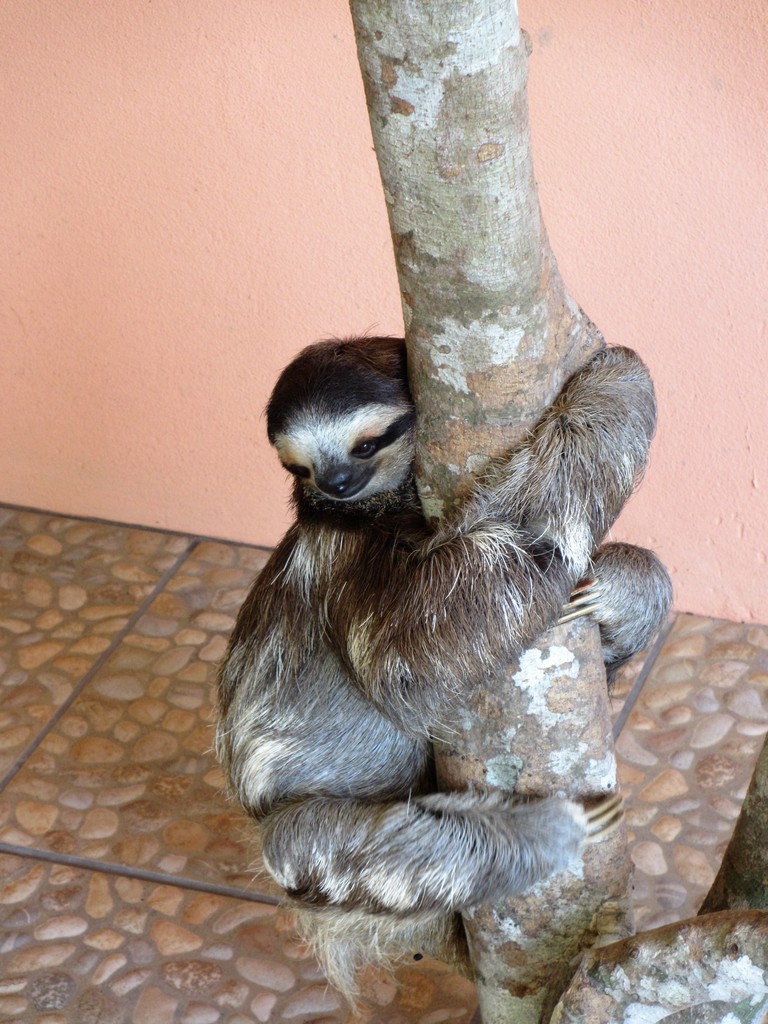 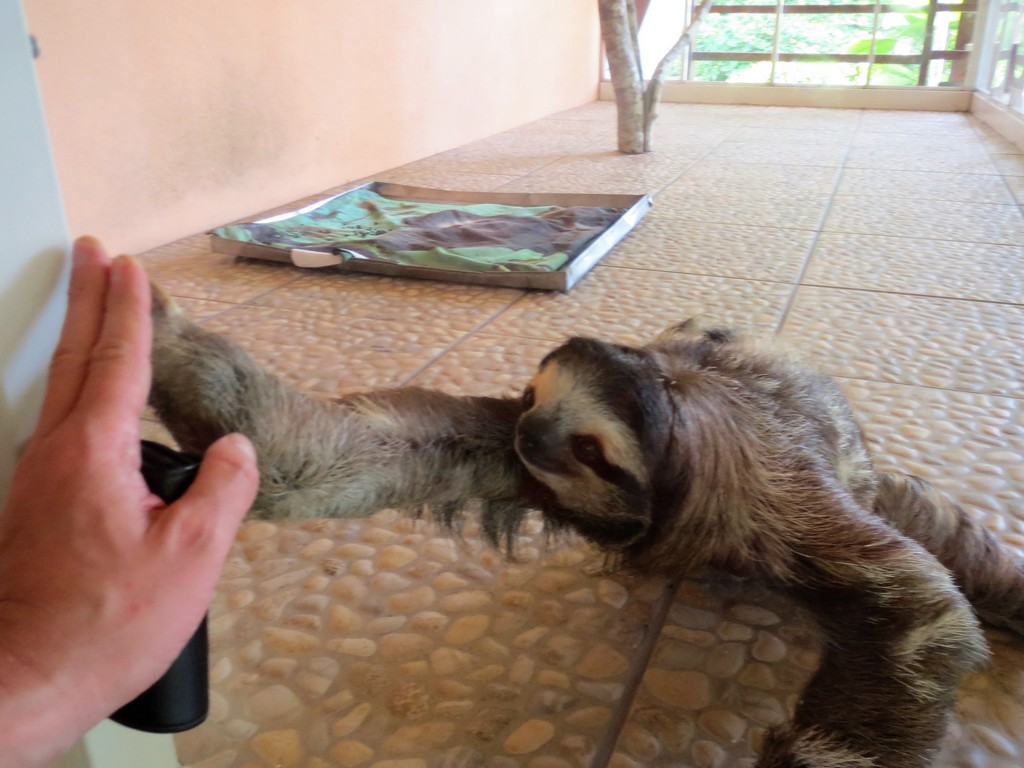 Cahuita was a wonderful ending to the trip, more so because we hadn’t really planned on going down that far originally. However, that time has come when we need to start packing up and head back up near the airport for our final night