We arrived in good time to Mandalay, and managed to bag the spare bed in the guesthouse that another traveller on my bus had reserved and I happened to share a cab downtown with, so that saved a headache. The city isn’t as bad as I’d been led to believe, I prefer it over Yangon actually, with the one exception that there is almost literally nowhere to go out and eat, very strange for a pretty big city.

I had enough time that day to hire a bike and cycle out to Amarapura, home of the longest teak bridge at about 1.2Km long and some 200 years old. I wish I’d had one of those head-mounted cameras to record the journey out of Mandalay on the city streets. The best way to describe it is that it’s rather like being in the middle of a video game, with things coming at you from all directions, some of which you can aim for as they will earn you points (generally, humans and animals) and some that should be avoided as they will make you lose a life (all other vehicles). Aiming for other bikes is laying the gauntlet down and that is where the fun really begins. Despite it all, you actually feel fairly safe on these roads. At home, people would simply drive into you, whereas out here, somehow room for everybody seems to appear at the last second, and there is no concept of road rage at all which is very refreshing. 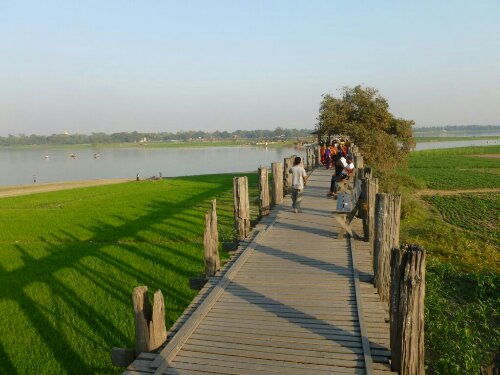 Fisherman work on the shores below the bridge. The long shadows are being cast be the legs of the bridge in the setting sun 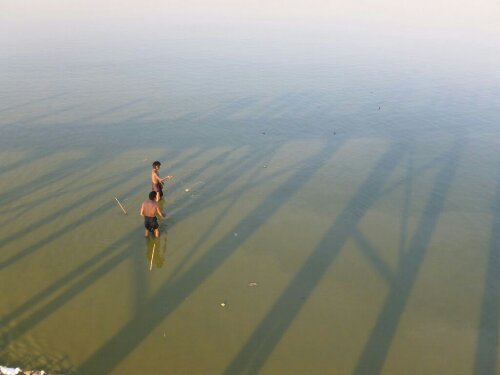 For the delight of tourists, I’m sure, just outside some restaurants at the end of the bridge, a monkey balances on a beer bottle whilst holding an umbrella 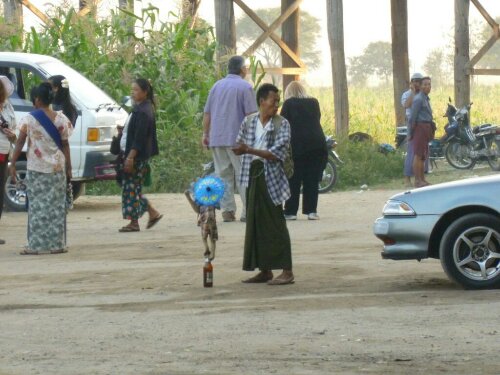 After an early night, as I was still feeling a bit rough thanks to Idaho Dave, next morning I got up for the 9am boat to Mingun, an hour’s river ride away and home of yet more temples, that were badly damaged by earthquake 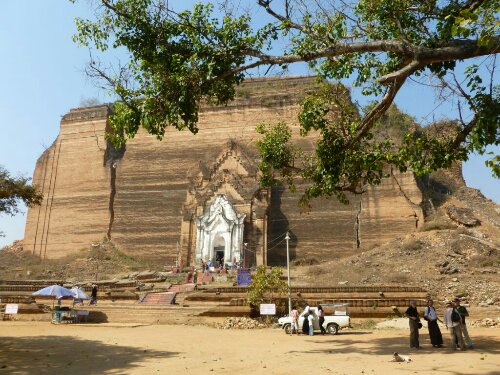 From the boat, you can either take the 5 minute walk to get to them, or if you’re American or Scottish you can go by eco-friendly taxi

Lunch for me today was a typical Burmese dish, this one being a mutton curry. Just over a quid gets you all this, it’s almost a challenge to work out which dish is the actual curry. The thing that looks a bit like a bowl of soup is actually a bowl of soup, and that comes with unlimited refills. 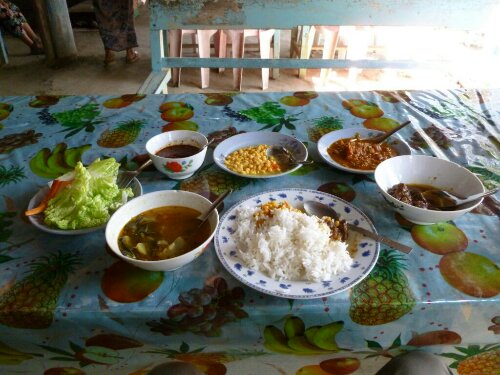 Europe is missing a trick here as well, anyone who introduces anti-aging beer is surely going to cash in quickly? 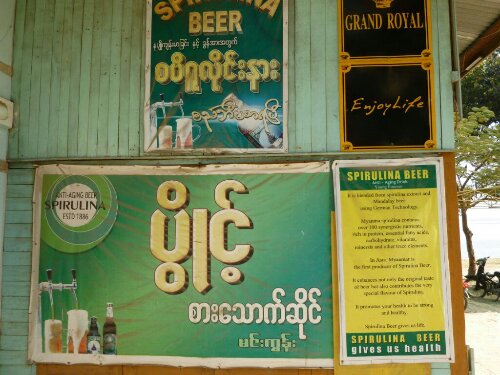 Later I bumped into Debs again and went for beers with her and a strange English Jehovah’s witness. A heavy night involving plenty of Mandalay Rum, a half bottle of which will set you back 60p. At the end of the evening, I was almost beginning to believe, I think 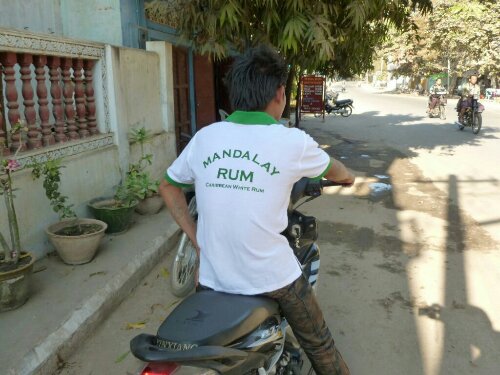 So, if I get up in time for a 7.30 taxi, it’s time to leave Burma behind. It’s certainly been an interesting experience here and worth doing, I almost feel a bit guilty that I didn’t go delving deeper into the unknown as such, but mostly due to the relative hassle and expense of travelling here I’m cutting it slightly short and going to relax on a Thai island for a few days. Besides, I need to go somewhere that I might some food that will settle my stomach a bit!!