It’s true what they say about Kuta being on a different planet from any other part of Bali. This was my first escape from the zoo down there, to Ubud, not far away in distance, maybe 20 Km or so, but a world away in terms of culture and finesse. All you arty types hangout up here, in the foothills of the mountains that run east-west across the centre of most of the island, and noticeably cooler than Kuta, albeit still very humid. Art is all around you, even up in the hills out of town you come across many places like this – a garage doubling as a gallery. You can just wander in there and start buying stuff 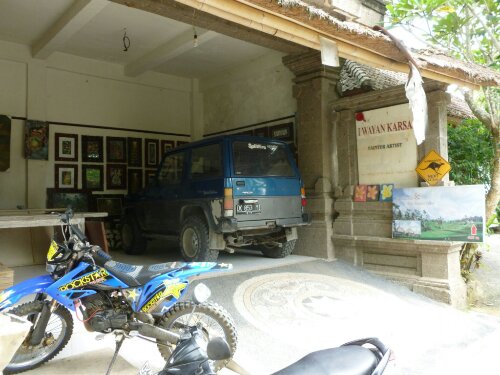 Got myself a lovely villa in town. Breakfast is brought to me on my balcony whenever I choose to surface in the morning 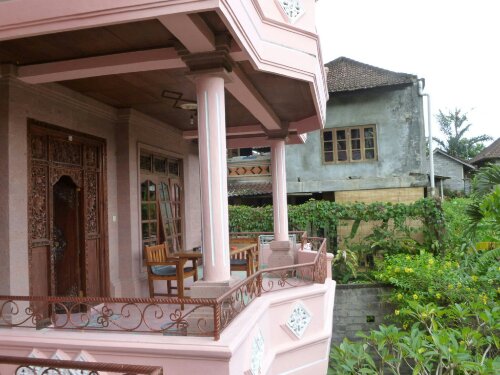 Nights aren’t too shabby either 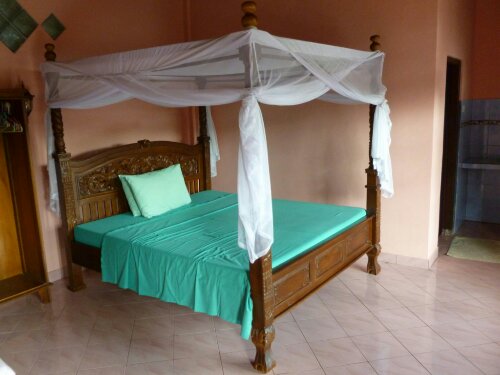 The town is very nice, lots of shops and restaurants and all that, and the only hassle you get, walking along the street, is from taxi drivers and offers of (non-special) massages. In the town itself is Monkey Forest, which is indeed full of monkeys, all up to no good. This one has a cigarette 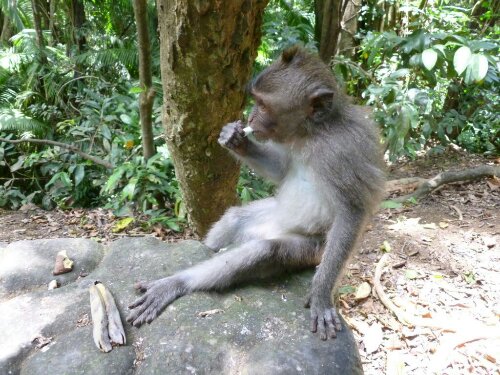 These two are definitely enjoying themselves 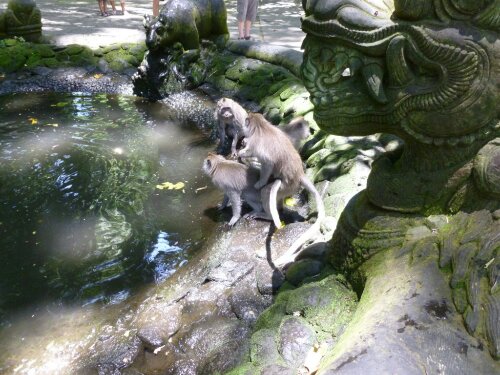 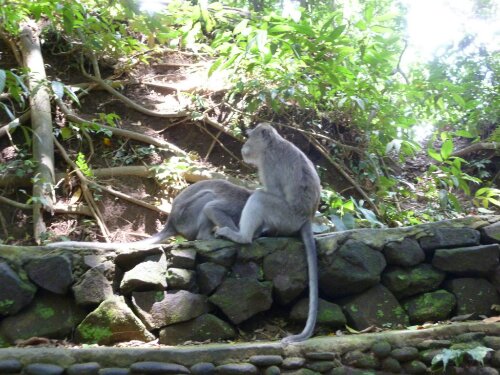 I’ve been doing a fair bit of trekking, you don’t have to go far before you are right out in amongst the paddy fields, along with the ducks in some cases 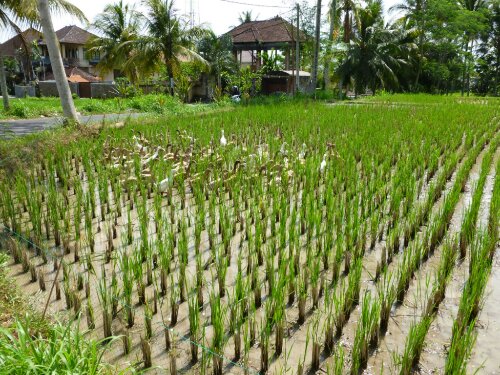 and you’ll just come across a restaurant like this one, in amongst the paddies, a beautiful quiet spot to sit with your feet dipped into the pond which is full of huge fish which nibble away at the dead skin on your feet 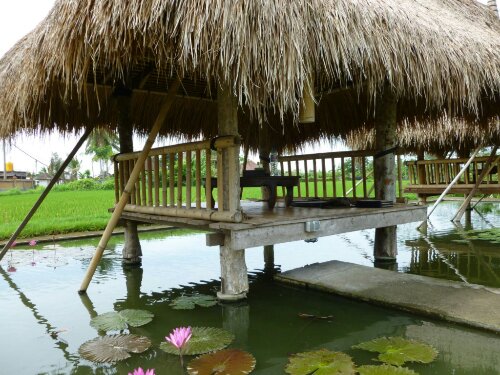 Just down the road from here I had a reminder of the poverty that still reigns here. Rather than get a tipper truck, these two people have just shovelled all of that gravel out the back of that truck. They both women, I think 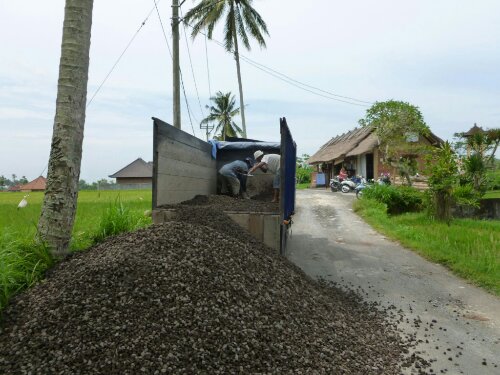 Today I took the piece-of-shit motorbike I hired up for a long drive up into the mountains, past some crater lakes in volcanoes, the road actually goes up and over the crest and down into the crater itself, ending up at Munduk which is riddled with waterfalls like this one 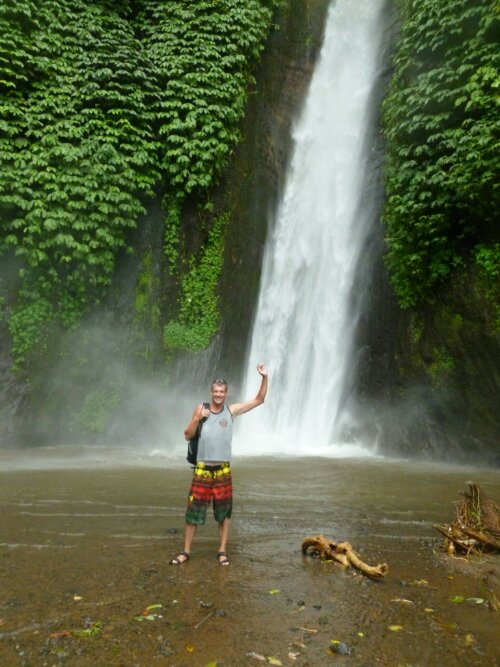 Tomorrow morning I’m off by speedboat to the Gili Islands just off Lombok. Supposedly the sea has died down enough for these things to run, they have 8 x 300 horsepower outboards stuck on the back and does about 50 knots or something, let’s hope I don’t do a Donald Campbell in it!

One thought on “Ubud, Bali”