Having got a few opinions from people, I decided to move from Trawangan to Gili Air instead of Meno. Air is closest to the Lombok mainland, and the middle of the three islands in terms of size. It was VERY quiet compared to Trawangan, but I thoroughly enjoyed it for a night.

I had probably the best snorkelling session I’ve ever had. I don’t know much about fish, beyond the fact that cod is usually more expensive than haddock, but there were heaps and heaps of fish to look at, all sorts of brightly coloured ones too. I hooked up with a giant turtle, more commonly seen off Trawangan I gather, and swam with him for a good 15 minutes at least. They really are such elegant creatures to watch swim, and I think he enjoyed the company actually, I suppose he must get bored of these stupid little fish as well.

A local boat builder starts a new project. My splendid bungalow was in the jungle just behind this. 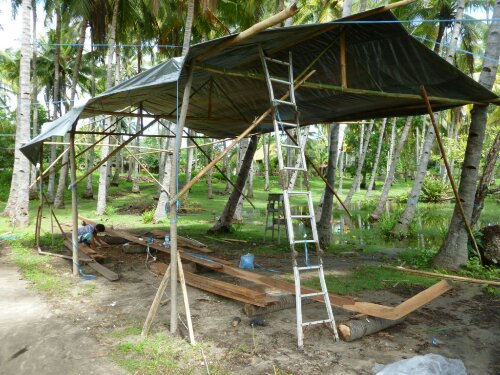 Continuing what appears to be turning into an obsession with bathroom pictures, this one had a true outside shower. One time when I was showering, it was chucking it down so hard with rain that I really didn’t need to actually turn the shower on.

I’ve left the island today, passing the taxi rank at the port 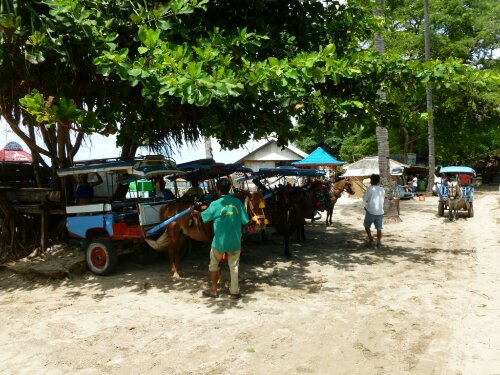 to get to the fast boat back to Bali 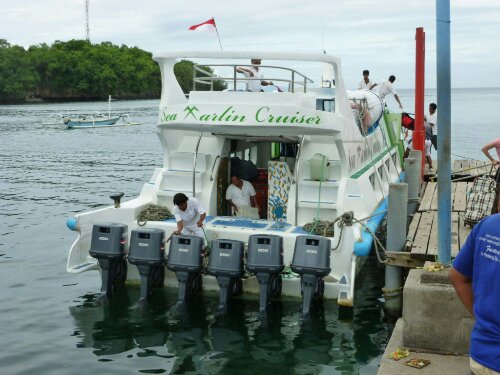 Back in Kuta for tonight, out of necessity really to make the connections, and fly to Pontianak on Indonesian Borneo tomorrow morning, via Jakarta.

One thought on “Gili Air”