I flew onto Borneo yesterday, arriving at the town of Pontianak in Kilmantan district relatively hassle free. It’s a pretty boring town to be honest, I’ve only seen two Westerners so far, one bored looking business traveller I think, in a posh hotel bar and another bloke walking down the street with a “I really don’t know where I am..” expression etched across his face. The main attribute of note that the town has is that it’s bang on the equator, OK so it’s tourist tacky I suppose but I had to get the shot. My right leg is in the southern hemisphere whilst my left is in the northern. 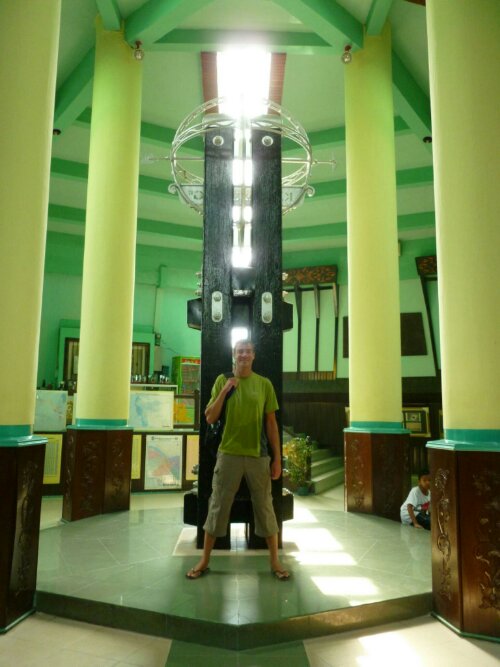 The monument to mark it, behind me, has been there since 1928. It is, perhaps, surprisingly difficult to get easy access to a place to do this really. Much of the equator is in water, it misses the mainland of Asia altogether, passing just below Singapore, and is far north of Australia. It passes through South America, through Ecuador of course and then remote areas of Brazil. It passes through central Africa, from memory through countries like Congo, Uganda and Senegal, none of which you’re likely to end up in too often. Then it passes through some Indonesian islands, through the middle of Sumatra but not near major cities, then Borneo of course and a few other minor ones.

I tried to get a reading of exactly zero on the GPS but after ages of wandering around, looking like a tourist trying to get a reading of zero on his GPS, I had to settle for one of 0.00001 N and another of -0.00001 S. You can average them out, I suppose… 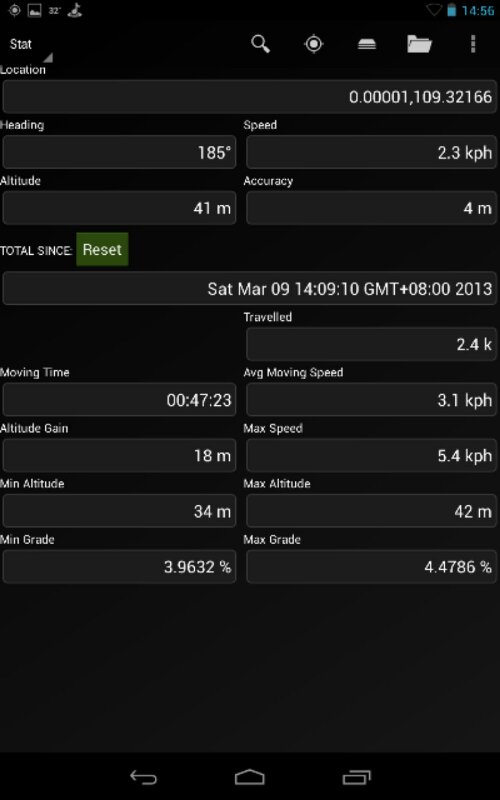 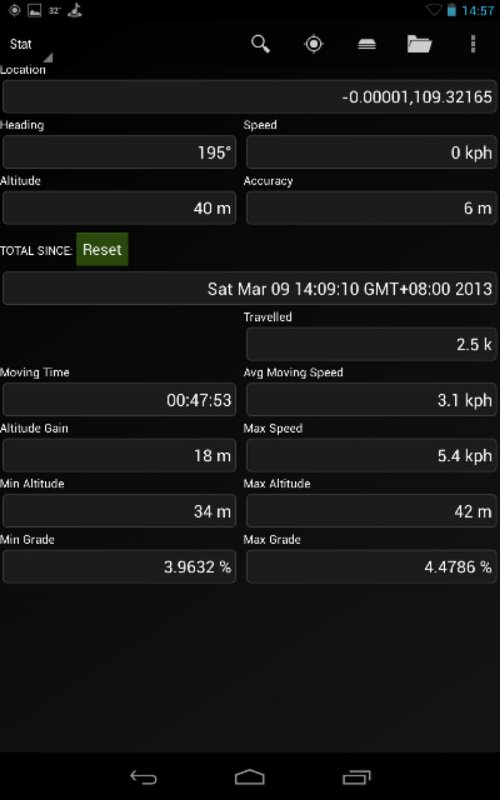 The number that matters is the first half of “Location”, the second half being the longitude.

It’s a short ferry ride and a long, sweaty walk from town to get to the marker. It’s not even that it’s overly hot, not more than mid 30’s I should think, but the sun is so close to being directly above you that it prevents the normal technique of shade by walking close to buildings or trees, as unless you can get right under something then they don’t help. You can see the very short shadow that this pole on the left casts, we’re fairly close to the equinox near the end of this month which means the sun would be exactly overhead at noon, and means that Europe will soon be getting its “summer”. 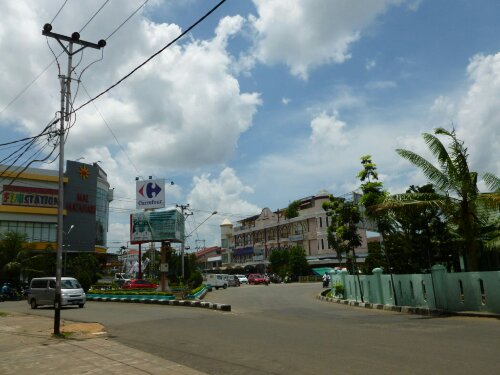 In fact, I took this photo at 1pm instead of noon as I muddled up the complicated timezones that this area has, and this photo looks West so most of this short shadow is caused by the setting sun anyway. On the road I passed a variety of shops, these three within 10 feet of each other. I’m not sure what they’re selling, but I decided against parting with GBP1.70 to lug around 3 kilos of the stuff to find out. 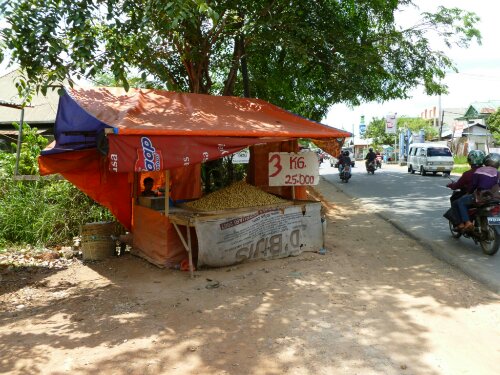 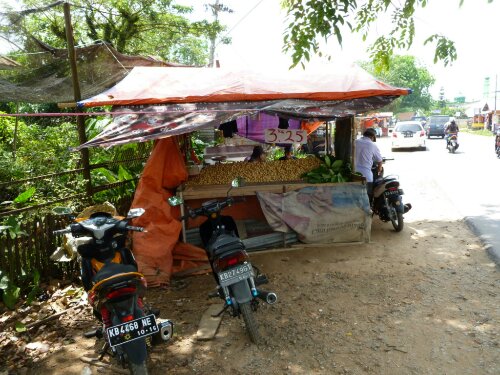 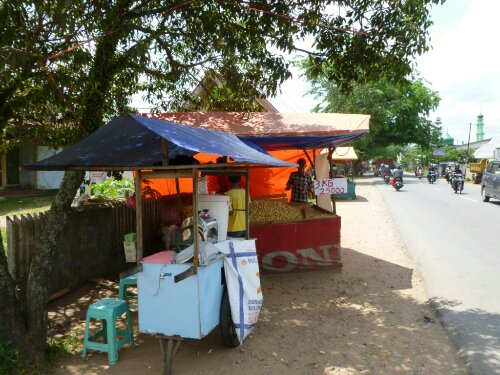 I also had to stop several times to have my photo taken with locals, shop keepers and garage mechanics were literally downing tools to come out and have group photos with me in the middle. I suppose they see so few Westerners, and even fewer people of my kind of height.

One other weird feature of this town is an obsession with sweet treats, bakeries and cake shops are in abundance like this one. 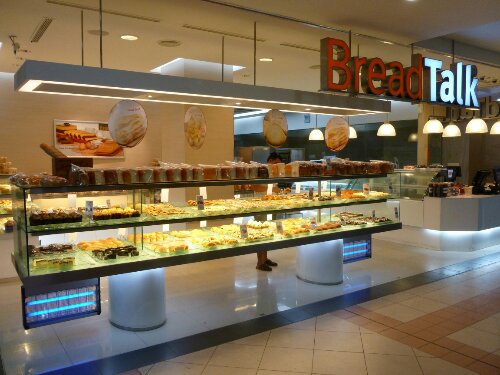 Even the coffee shop I am in has given me a free doughnut with my coffee. Most unusual to find this kind of stuff in Asia.

There seems an extraordinarily wide selection of coaches around that make the 11 hour journey each night across the land border into Malaysian Borneo and then onto Kuching, tonight I will aboard one of those and saying bye bye to Indonesia and Bintang beer for the last time on this trip.