I arrived in mainland China with minimal fuss, Air China even providing a free glass of very welcome (ghastly) glass of wine on the flight. Immigration in Beijing was a breeze, considering the hassle you have to get your visa in the first place, they barely give your passport a second glance in the airport.

I decided to get stuck right in and brave the airport train into the city, which connects you with the underground system, on which I had to change twice to get to my guesthouse. Considering all the horror stories I’ve heard about how hard it is to get around China, even in big cities, without any Mandarin is, so far everything was very simple. The tube trains have English versions of the station names written up, and the automated announcer even says the names in English too. Most of the street signs also have an English version too.

My guesthouse is gorgeous, it’s what’s known as a courtyard hotel, situated in a “hutong” which literally means alleyway, but in reality is a labyrinth of twisty alleyways covering a large area, essentially forming a big walled compound. Traffic cannot fit in, meaning that it’s so quiet you can hear a pin drop in the guesthouse, even though we’re right in the centre of the city here, about 5 minutes walk from the Forbidden City. The guesthouse literally has an all-purpose courtyard, with the rooms coming off all around 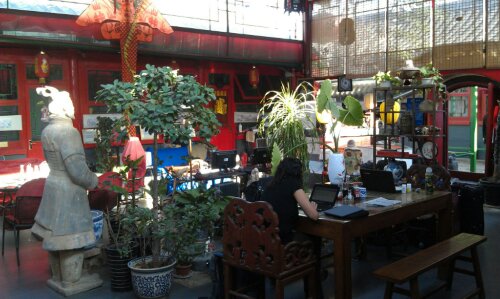 They serve fabulous food and coffee in here, and most importantly, large bottles of beer for 30p.

Day One was spent wondering around the local sights, firstly the rather odd Tiananmen Square. You have to be security screened before you enter, there’s nowhere to sit, and cameras and police watching your every move. I whipped out my Lonely Planet guide to check the map, without thinking, and got the dirtiest hard stare from a nearby policeman, and a police car drew up and loitered next to me as well until I put it away. Apparently there’s ill-feeling amongst the authorities about how China is portrayed in some of these guides, particularly in regards to Hong Kong’s history I think. 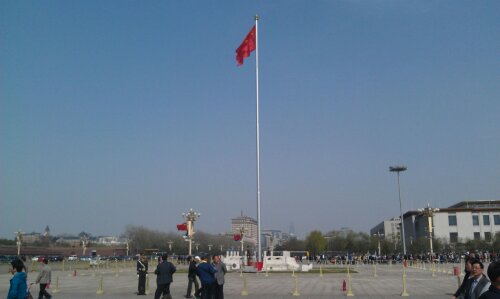 Next is the Forbidden City, a huge, moated area that was out of bounds for over 500 years. It’s an impressive array of historic buildings, but you need to be more into your Ming Dynasty than I am to get the most out of it, I expect 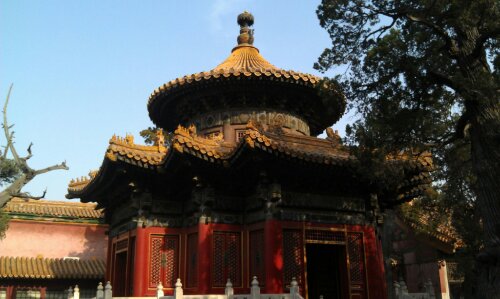 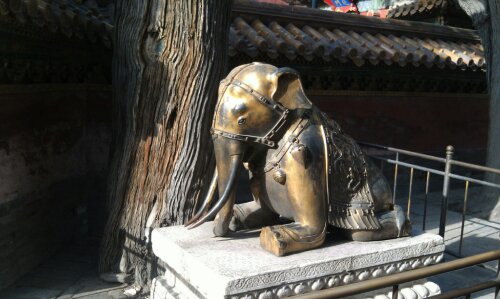 After this I had a wander around Jingshan Park as evening drew in, where locals were congregating in groups like this one, singing in opera-style voices. There must have been 20 or 30 such groups, some very large, all in close proximity to each other, meaning the singing was all crashing over each other. 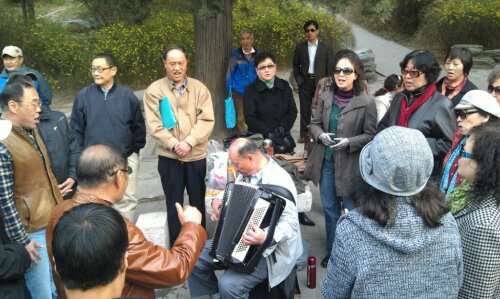 Transportation with hand warmers awaits nearby 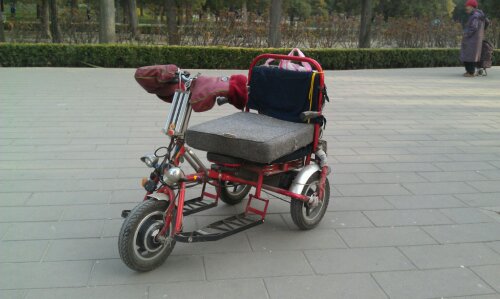 This is Lake Hou Hai near where I am staying, there are around 300 bars and restaurants on the lake, serving anything and everything 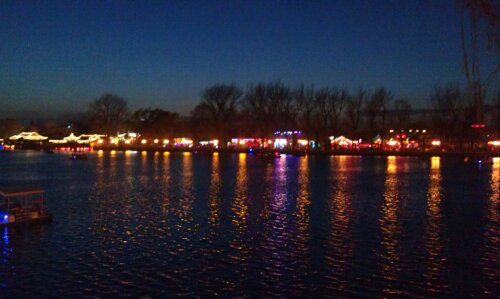 There are also other authentic eating options 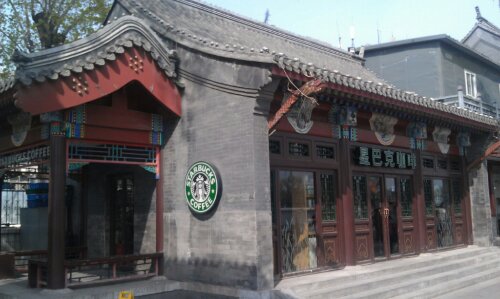 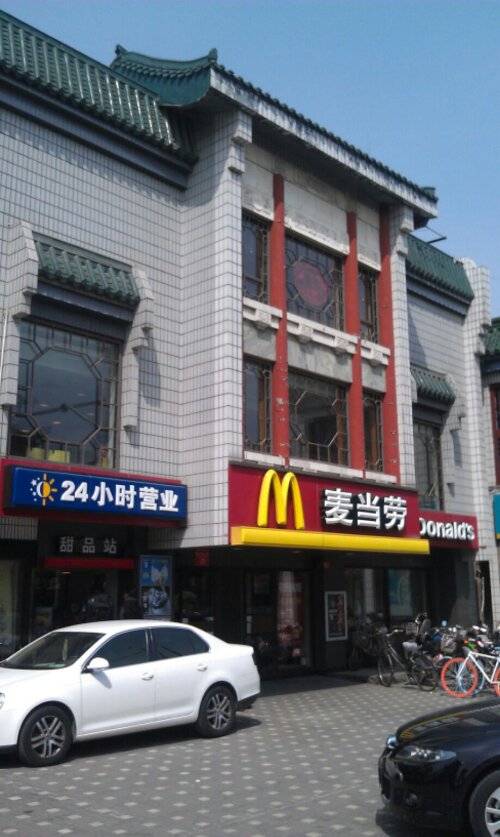 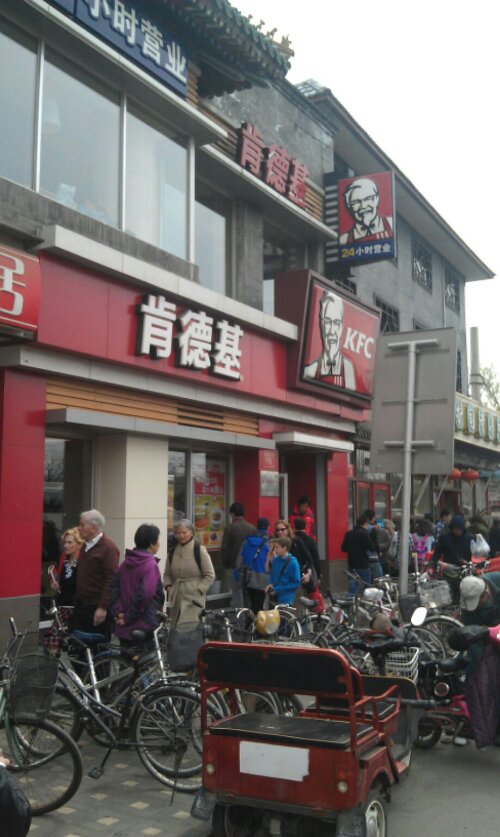 I didn’t go to any of these (OK, OK, I had a Starbucks….) Remember that song about there being 1 million bicycles in Beijing? I’ve been counting them, it seems about right, you can see some of them outside the KFC.

These are early morning scenes in the playground near my guesthouse 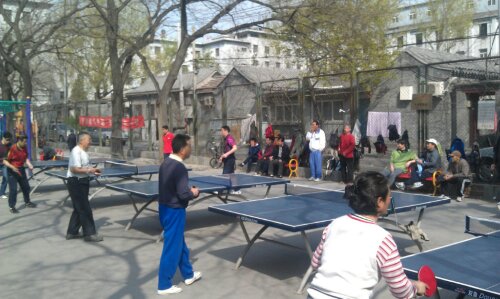 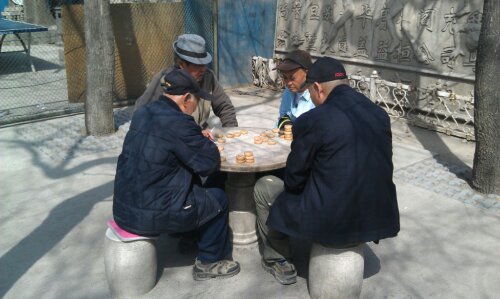 I’m not exactly sure what the board game is, but it’s played everywhere, at all times of day 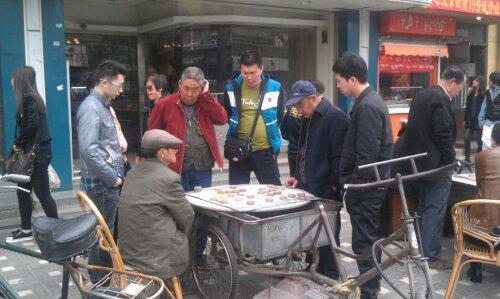 Next tourist stop was the Drum Tower, which does what it says on the tin, once an hour. These guys were noisy to say the least 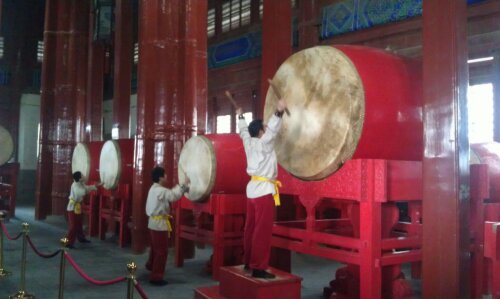 Next day a rude awakening at 6.20am sees me boarding a bus to the Great Wall at Jinshanling a long and more authentic section of wall than the more photographed Badd section, which has been recently restored. The wall is truly remarkable, unfortunately the crappy camera on my phone does little justice to it… 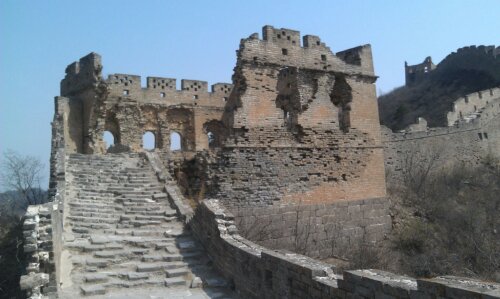 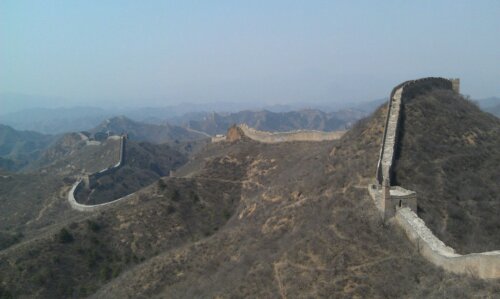 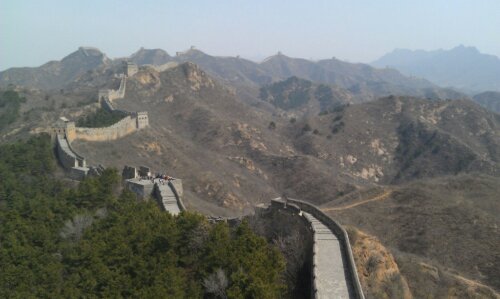 On the way down I sampled my first true Chinese toilet. Urinal on the right, stalls in front. 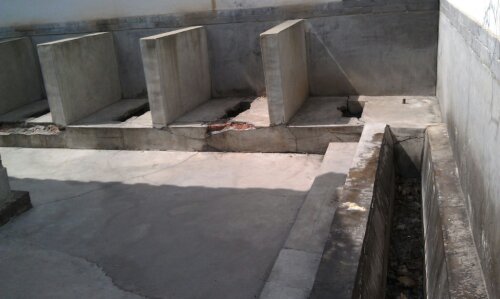 There is no running water. I also have a photo looking inside one of the stalls, as I’m a bit sick like that. I’ll refrain from posting it here in case it’s meal time wherever you’re reading this..

Today I’ve been up at the Summer Palace, again my camera took pointless photos not worth posting, and to be honest I wasn’t much in the mood for it today anyway, I am somewhat tired out for some reason. Tonight’s epic is going to be a night train to Xi’an, unfortunately only in a seat as that was all that was available. I’m back at the guesthouse getting beered up, ready to soften the pain…