So, the night train to Xi’an was over 13 hours in a “hard seat”. There are various categories of train travel, hard seat being the lowest, then soft seat, then hard sleeper, then finally the bees-knees known as soft sleeper. The hard seat is actually not literally hard, it does have some thin padding, but that’s about it. They are bolt upright and cannot be reclined, and are configured around a very small table, which is big enough for the people sat by the window to rest their heads on, but only one of them at a time. One side of the train has 4 seats around the table, I had one of these on the aisle, the opposite side has 6 seats. As well as that, the aisle itself, and all of the space between the carriages, is also occupied by people with standing tickets. Nightmare. NIGHTMARE. Suffice to say, zero sleep was had, until about 6am when the train emptied enough that there were a spare 3 seats together to lie across.

So that brought me to Xi’an, not a lot to say about the town itself, it’s got a totally intact set of city walls that I cycled right around this morning, on the top of the walls themselves. Hot news for Scottish folk – the Loch Ness Monster is alive and well, and is living on the Xi’an city walls 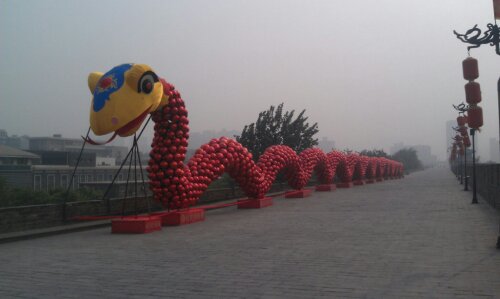 The highlight of the cycling was avoiding these oversized christmas tree balls, from another disintegrated Nessie perhaps, that were blowing all around the wall in a strong wind this morning. It was somewhat reminiscent of something from “The Prisoner” 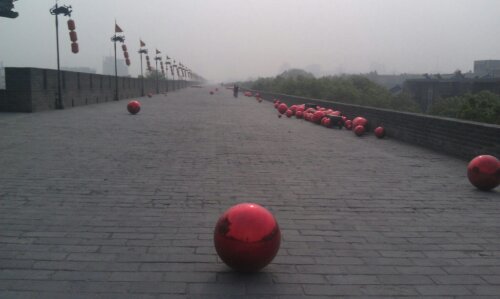 Later I took a bus ride out to the Terracotta Warriors, one of the main draw-card sights in China really. These things were first discovered in 1974 by some farmers digging a well, and are still very much being excavated today. They’ve been there for over 2000 years, and are somewhat eerie, to say the least 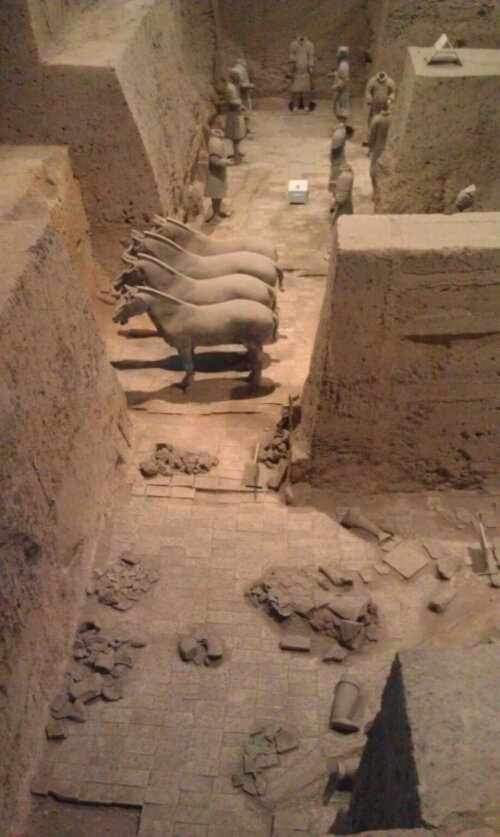 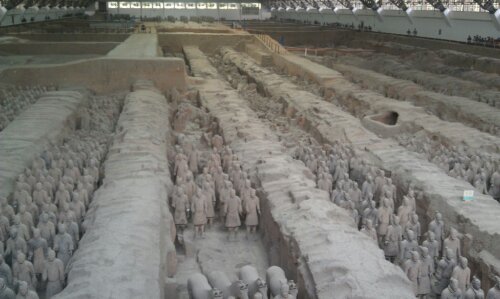 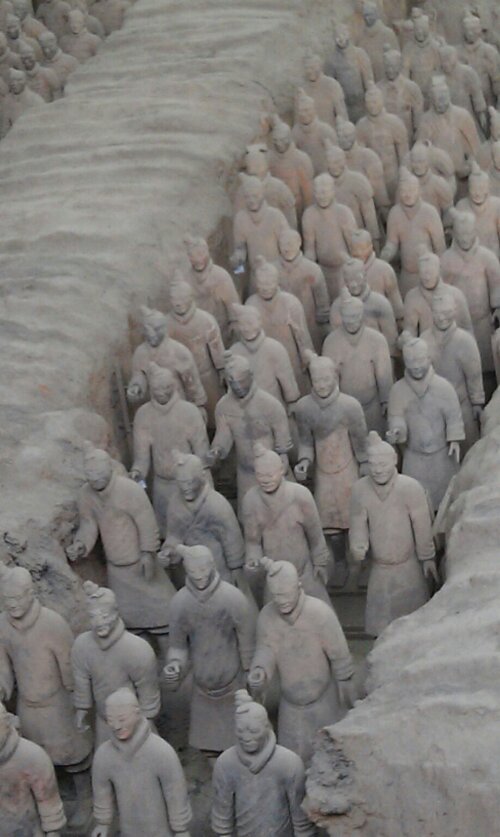 Generally they are all facing east, ready for battle, and they all originally held nickel-clad weapons, long since gone. One particular note of interest is that no two of the warriors are identical – they are life-sized and all look different in facial features and so forth, just like real people.

Tonight I’m upgrading to a hard sleeper train, for a massive 27 hours to Guilin, another limestone karst region. I peered with envy through a window into one of these compartments the other night, they don’t look too bad, I have the top bunk of 3 which seems to be about 15 feet off the floor, but hopefully I can just lurk up there and do my own thing whilst the masses ferret about below me…