I had a decent overnight coach journey through to Kuching. This coach was pure luxury, having a toilet and everything, which is unusual down here. The directions on the door were amusing, asking you to stand closer because “Big John” is not as long you think he is…. 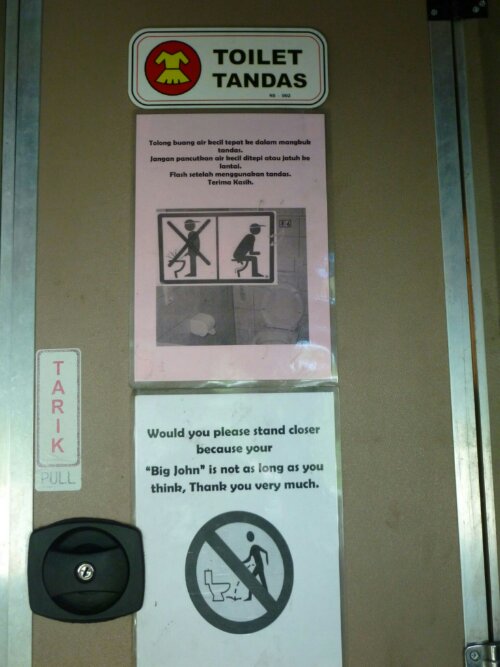 The only criticism I had for the journey, and it’s a common complaint, is that they run the aircon so hard that it’s absolutely freezing. Why oh why do they do this? The locals are all used to this, and come aboard with fleeces and blankets and everything in an attempt to keep warm.

Kuching is a very pleasant city, there’s not much to wax lyrical about apart from having some very nice food there. It has a collection of cat statues dotted around the city, including this very revered big one 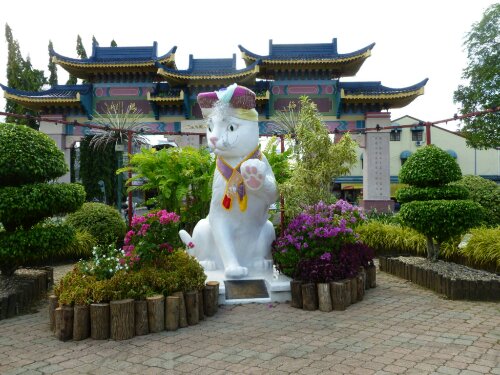 Couldn’t be more naff really, could it? But two coach loads of locals stopped to have their photo taken with it whilst I was there. Of course, I had to do my usual modelling thing with many of them too 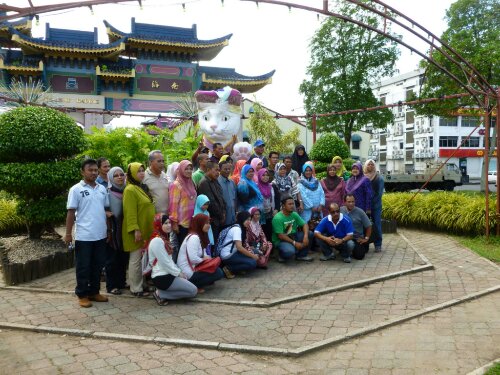 The next day I ended up flying to Miri, I had planned to bus it but the flight was so cheap it wasn’t worth spending another 16 hours on a bus with Big John. Miri is also nice, not as competitive on the food front as Kuching, but there are plenty of places to hangout, including this Irish bar celebrating Paddy’s Day on the 16th March. I hadn’t the heart to tell them it’s actually on the 17th 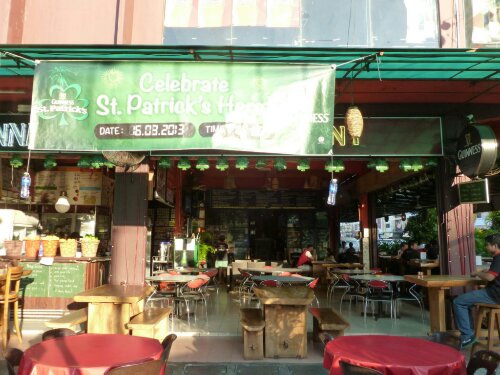 I had dinner in a seafood restaurant last night, next to these guys, one of whom was determined not to get his feet wet 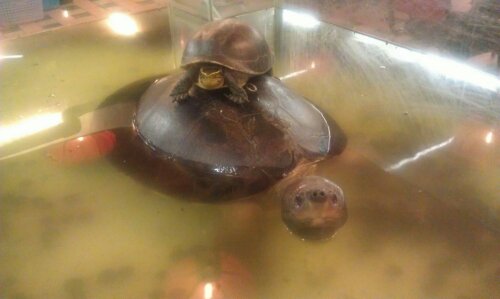 Outside a proud man catches a rat, not sure if the photo is clear but it’s alive and kicking in that cage 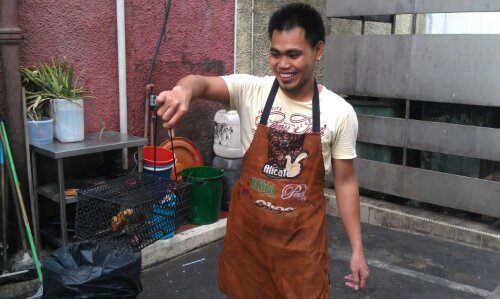 Today I made an aborted attempt to get to the caves at Niah. It’s a slight pain, you catch a bus to a highway service station, and from there you have to negotiate with private car drivers who are hanging around looking for business, to drive the remaining 15Km to the national park. I was the only tourist out there and not having much luck haggling the price, so what with even more hassle to try and get back I imagined I would have, decided to abandon that. Besides, I’m flying up to Mulu tomorrow for a 4 day excursion into the caves and hiking the Pinnacles up there. It’s a fairly pricey trip, but I’ve not spent much on activities so far (apart from the drinking of beer)

I learned yesterday of the trouble that has flared up east of here, from the random strangers that I accepted a lift into town from the airport with, as you do… It’s something about some Filippinos that have invaded a town here last month, and now the governments have declared the whole eastern section of Borneo and the south of the Philippines as no-go areas, scuppering my plans to go to Semporna and then by boat to the Philippines. I can still go to Mount Kinabalu, which I will do after Mulu, but then I think I’m forced to fly back to KL and then on to Manila from there. Muchly annoying…