The road to Monteverde was our first real indication of why one hires a 4 wheel drive to tour Costa Rica. The first section was OK, just twisty mountain roads, but the last 40km or so was a dirt road, and much of it in questionable condition at that, sometimes steep, deeply rutted, gravely or sandy. A couple we met on the volcano the day before had driven the 4 hours or so to the night before in the dark, thank god we didn’t do that!

We settled in the village of Santa Elena and found ourselves a terrific cabin to stay in, here’s “Slothy” that we rescued from a market stall in San José who is now travelling with us, relaxing on our deck. 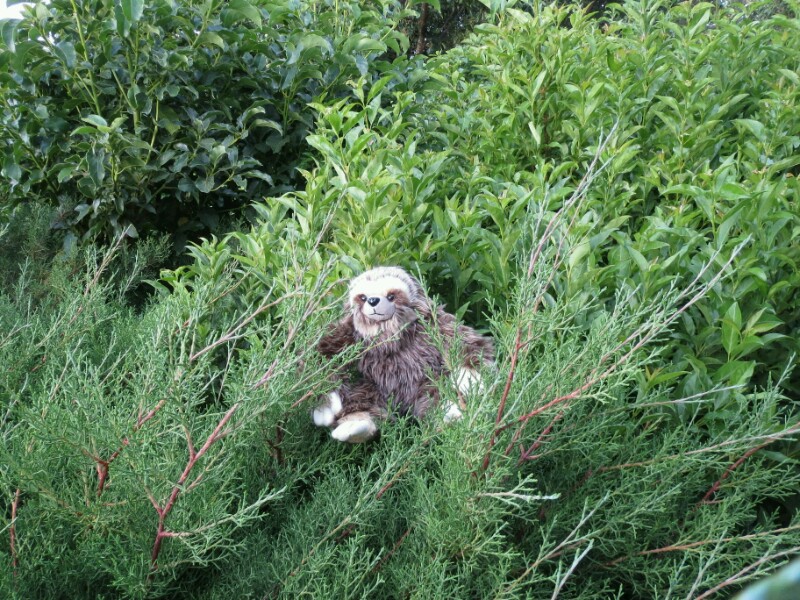 First stop that day was a coffee plantation, where they have also started producing chocolate recently, interestingly the coffee bean is native to Africa but grows better here, whereas the cocoa bean which is native to here grows better in Africa.

This is sugar cane, another product of the same plantation 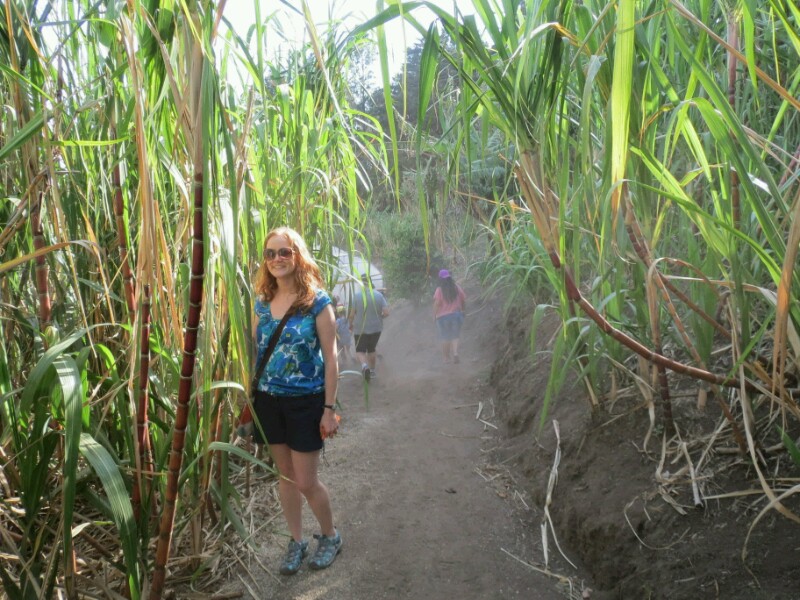 The waterwheel powers a mangle which crushes and juices the cane 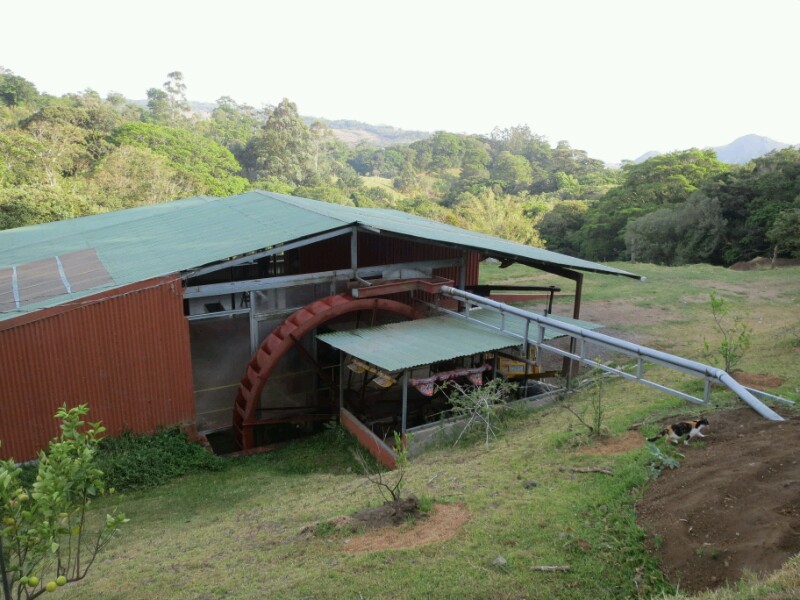 We got to make our own sugar, and here it is. We got top marks for ours in our group, nevertheless it’s now in the bin 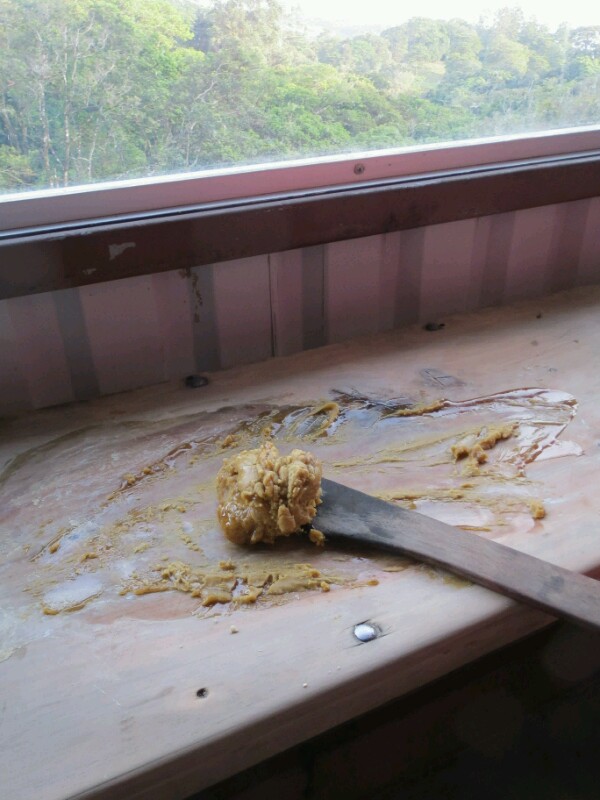 The coffee operation is much more up with the times, the machine on the left grades the beans by size, the next one along shells them 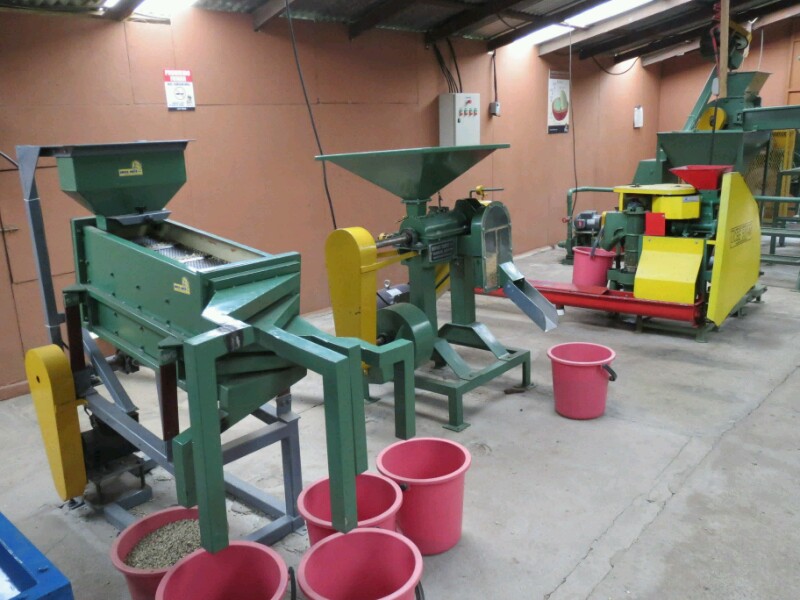 The evening was spent loafing around town,  where it was cold enough that I had to wear my fleece and dig some leg extensions out from the depths of my case, followed by a night sleeping under a  blanket. Definitely not what I signed up for when we came over here!

Next day was the big event – a canopy tour, which is essentially a bunch of zip lines through the cloud forest canopy. The astonishing part of this is that I persuaded Lisa to partake as well! We chose the “original” tour from the four or so available in the area, which is either the first one of its kind in Costa Rica or the world, depending on which version of the story you believe. The main reason for going with this one is that it’s more focused on the views of the forest rather than the newer ones which are much more extreme in terms of length, speed and height etc, which are aimed at the adrenaline junkies.

They start you off on a Tarzan swing, a fairly small one as they go, but still gives you quite a rush, especially at early o’clock which is what this was. Butter fingers prevented me capturing the evidence that Lisa actually did this, but I did get a video of a random Irish girl in our group of four.

This is Lisa in full swinging a action, a somewhat blurry figure near the centre left of the picture 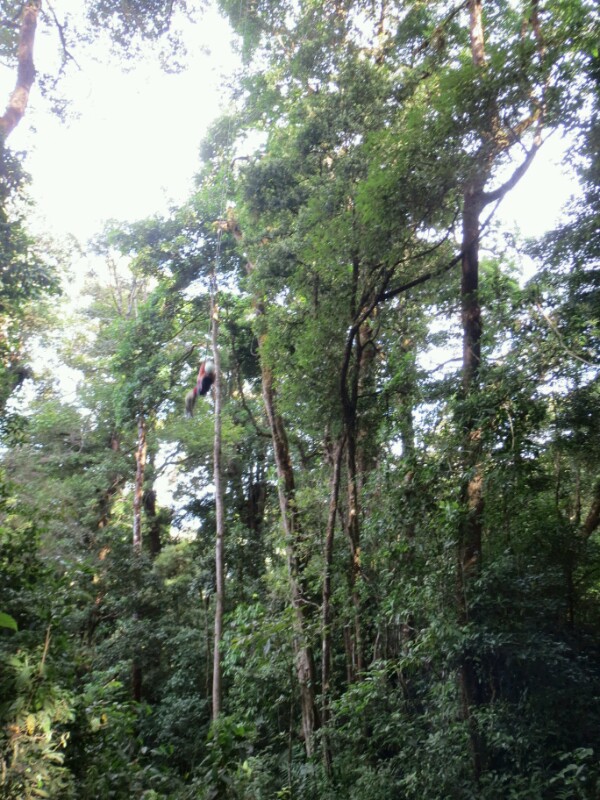 Next up were the 14 zip lines, the longest of which is 800 metres, captured here by one of the two guides. Apologies for my somewhat offensive beer gut which gets into shot at the end, which definitely needs a bit of TLC when I get home! 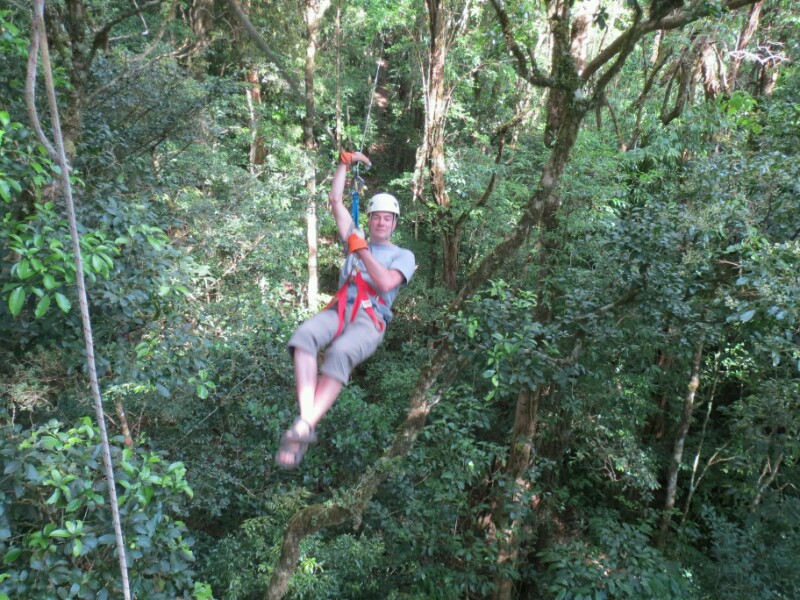 Not sure the same can be said of Lisa ☺

The whole group, waiting for the remaining guide to zip over (he’s the photographer) 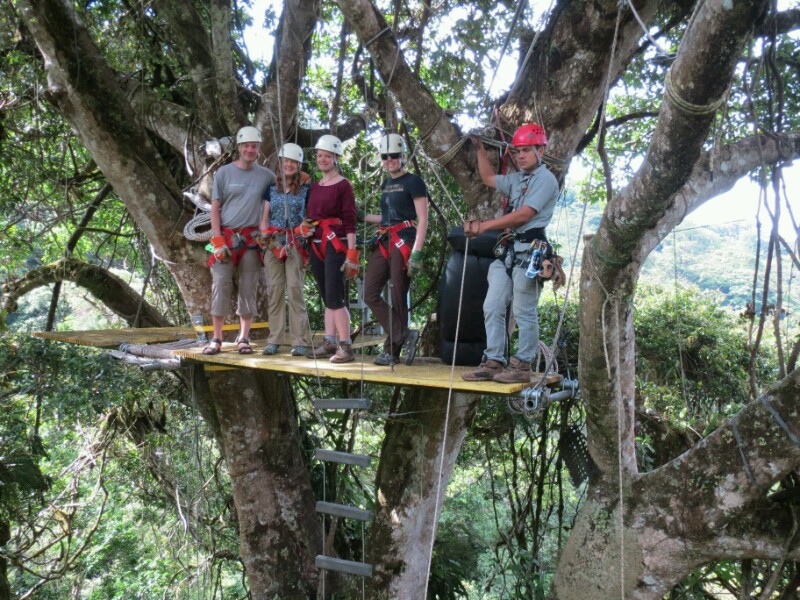 They also drop you down this rappel line off one of the platforms and you climb back up through the centre of a hollow tree which was rather cool. 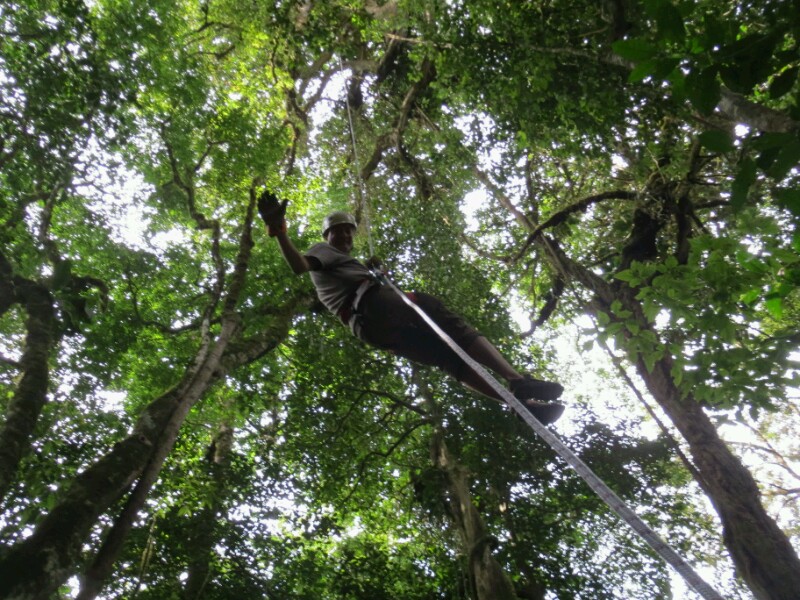 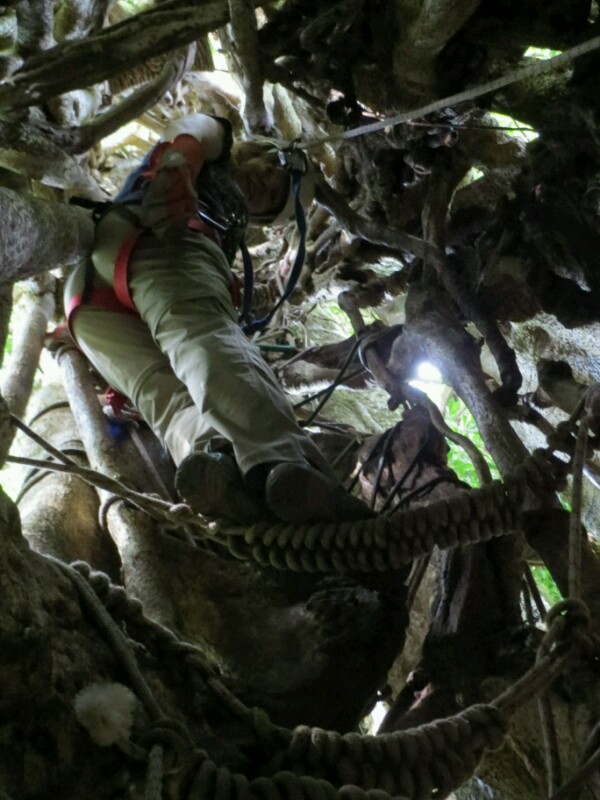 Tempted though we were to stay one more night, in the interests of time we are pushing on to Montezuma, a traveller’s beach hangout on the peninsula de Nicoya on the Pacific coast for something just a little bit different…